Welcome to Shark Fact Friday, a (mostly) weekly blog post all about unique sharks and what makes them so awesome. This week’s post is about a new genetics technique that could revolutionize shark science.

One of the basic questions of most shark science and all shark management is where different shark species actually live. Scientists can answer this question several ways: they can use longlines or gillnets to catch sharks and document them, underwater cameras, visual surveys by scuba diving or snorkeling, or they can rely on data from fishermen. However, these techniques have one thing in common: they require observing sharks in the water. 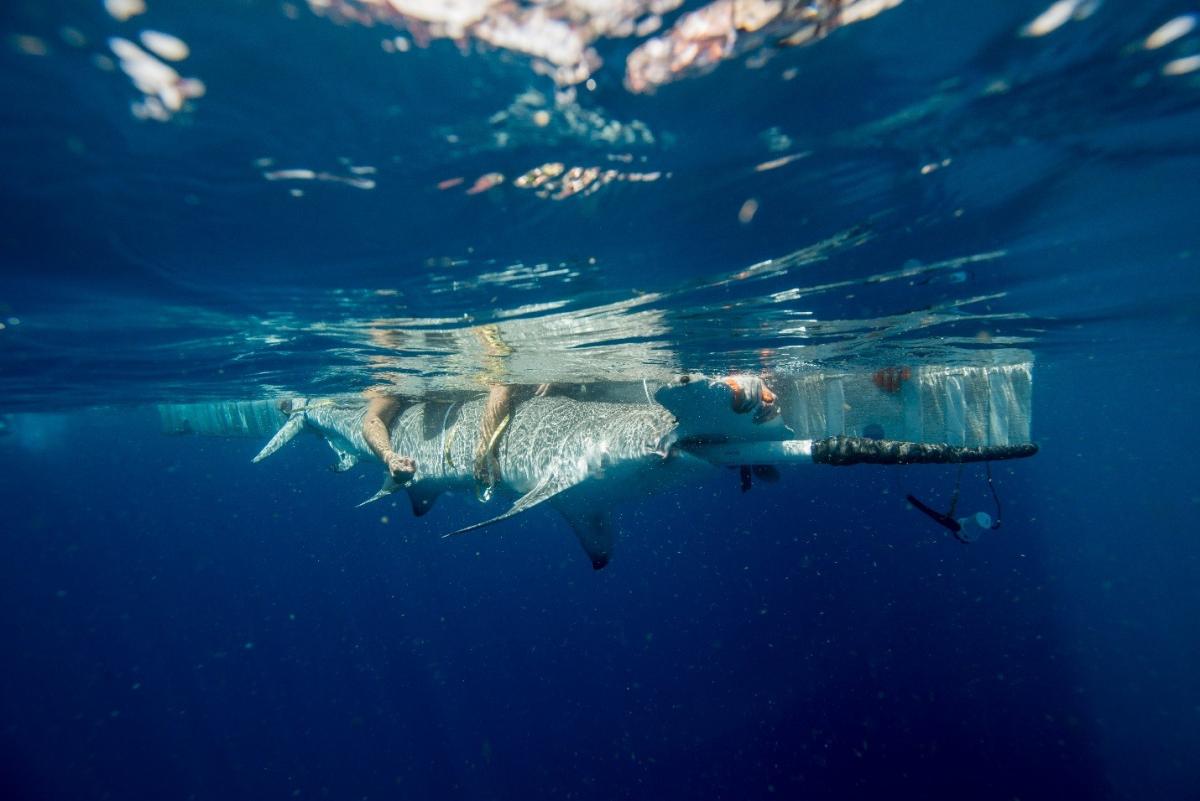 What if I told you that there is a new technique that identifies which sharks are in the water at a given location, without ever seeing them?

Thanks to TV crime shows, most people are familiar with how to get DNA from a human – swabbing a cheek or pulling DNA from a strand of hair or skin. For a shark, DNA analysis normally requires taking a tiny bit of a fin. But, this new technique called environmental DNA, or eDNA, skips that step entirely. Instead, it relies on DNA in the water. 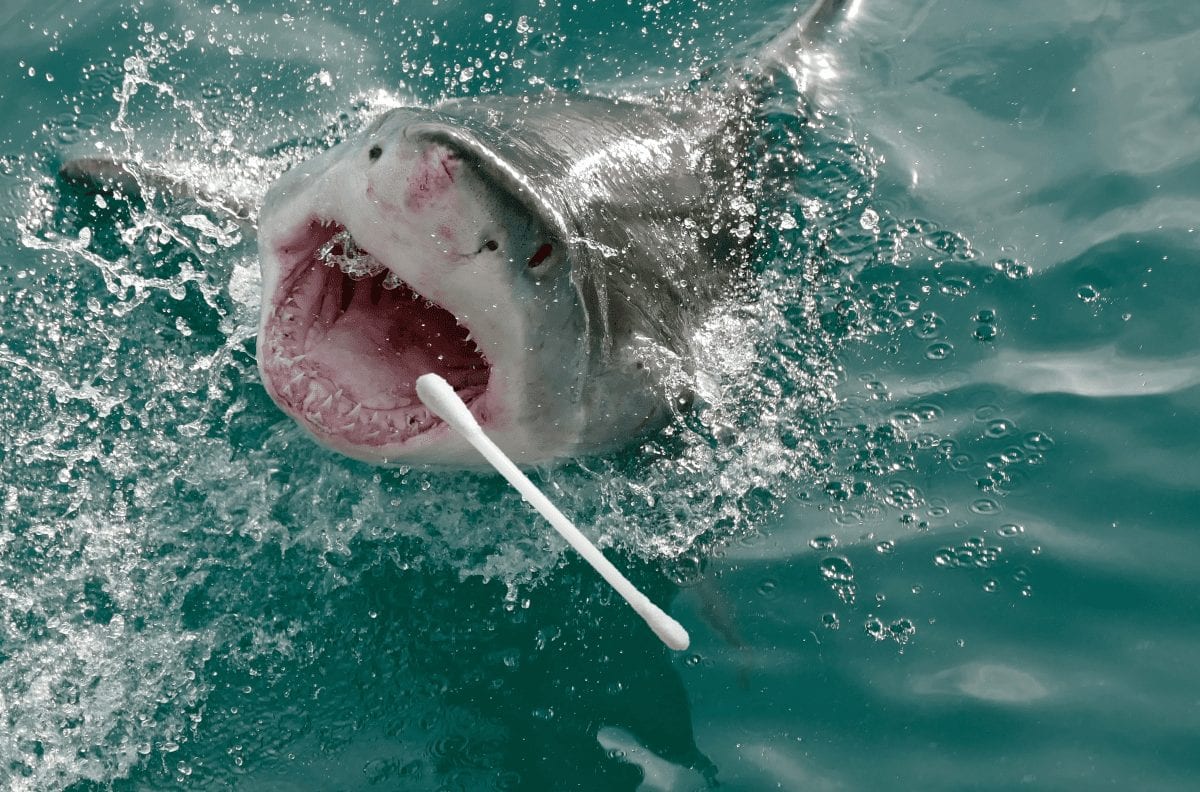 Fish naturally shed DNA fragments into their environment in the form of scales, poop, skin and bodily fluids. These fragments usually degrade in a matter of days, so if scientists collect water and sequence the DNA in it, they can get a snapshot of what critters were in that environment recently. And that’s exactly how eDNA works! 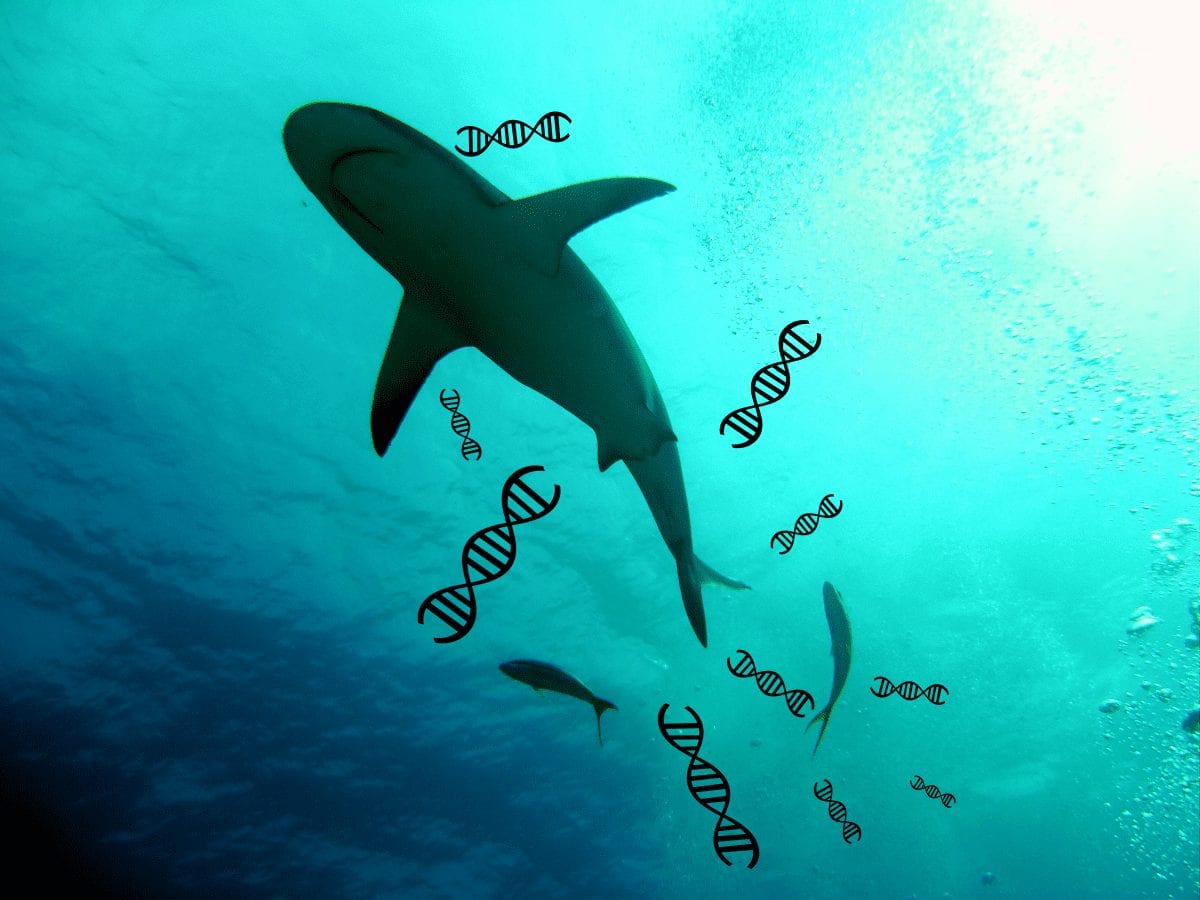 A recent study successfully used eDNA to identify at least 21 shark species from both the Caribbean and the Pacific. The scientists sampled different types of locations ranging from protected areas and remote islands where sharks are left alone, to places where lots of humans live and shark fishing is more common. Interestingly, but probably not surprisingly, remote locations and protected areas showed the highest diversity in shark species. All of this information was gleaned with just water samples – no hooks, no nets, and no expensive underwater cameras!

This technique is relatively new, so it will be interesting and exciting to see how it is used in the future, especially since eDNA can detect so many different species. A colleague of mine said it best: “That’s like some Star Trek stuff!”