Welcome to Shark Fact Friday, a (mostly) weekly blog post all about unique sharks and what makes them so awesome. This week’s post is about the strange eating habits of sharks and what happens when they eat something they can’t digest.

Sharks are sometimes called the garbage cans of the ocean. This title is most frequently applied to tiger sharks, which have been known to eat various items of trash including cans, bottles, tires, coal, rags, nails and even a chicken coop. They also have been found with land animals in their stomachs such as chickens, pigs, deer antlers and hyenas. We know these are not new eating habits, either. There are records of people finding strange items in shark stomachs hundreds of years ago, like a bible (1792), an iron anchor (1804) and an unexploded bomb (1917).

But what happens to all that trash they eat?

One option is to pass it normally, if it is small enough or can be broken down by the digestive process. Another option is that some sharks can “evert their stomach,” which is a fancy way of saying that they can push their stomachs out through their mouths to give it a rinse. Think of it like turning a bag inside out to wash the inside of it (ew, I know).

More uniquely, a new study has shown that some sharks may be able to push things they’ve swallowed out through the side of their body.

SAY WHAT?! It’s true! A male lemon shark was sighted in December 2014 at a Florida dive site frequented by this species called the Lemon Drop. At that time, the shark seemed to have something metal sticking out of its side. It returned a year later in 2015 with the metal object still there

Another year passed and the shark returned in 2016. This time the metal object was sticking further out the side and could be identified as a ‘fish stringer’ – a piece of metal that spear fishermen use to hold on to fish while they are diving. The authors hypothesize that a spear fishermen was carrying around his or her catch when this shark came up and ate the fish, stringer and all. Fish stringers have two metal ends, and that year, the other end of the stringer was poking through the underside of the shark. Unsurprisingly, the shark also appeared to be skinnier than it was the year before. 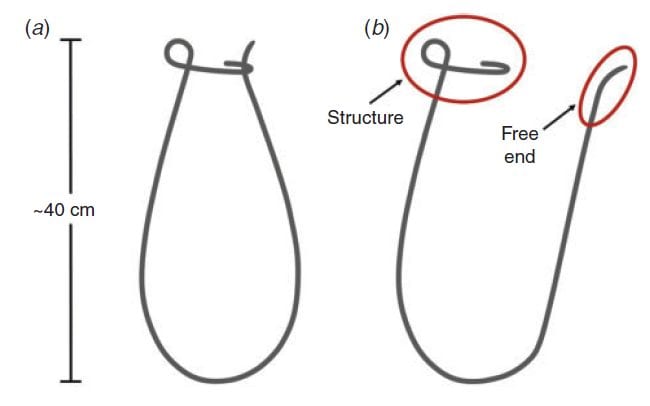 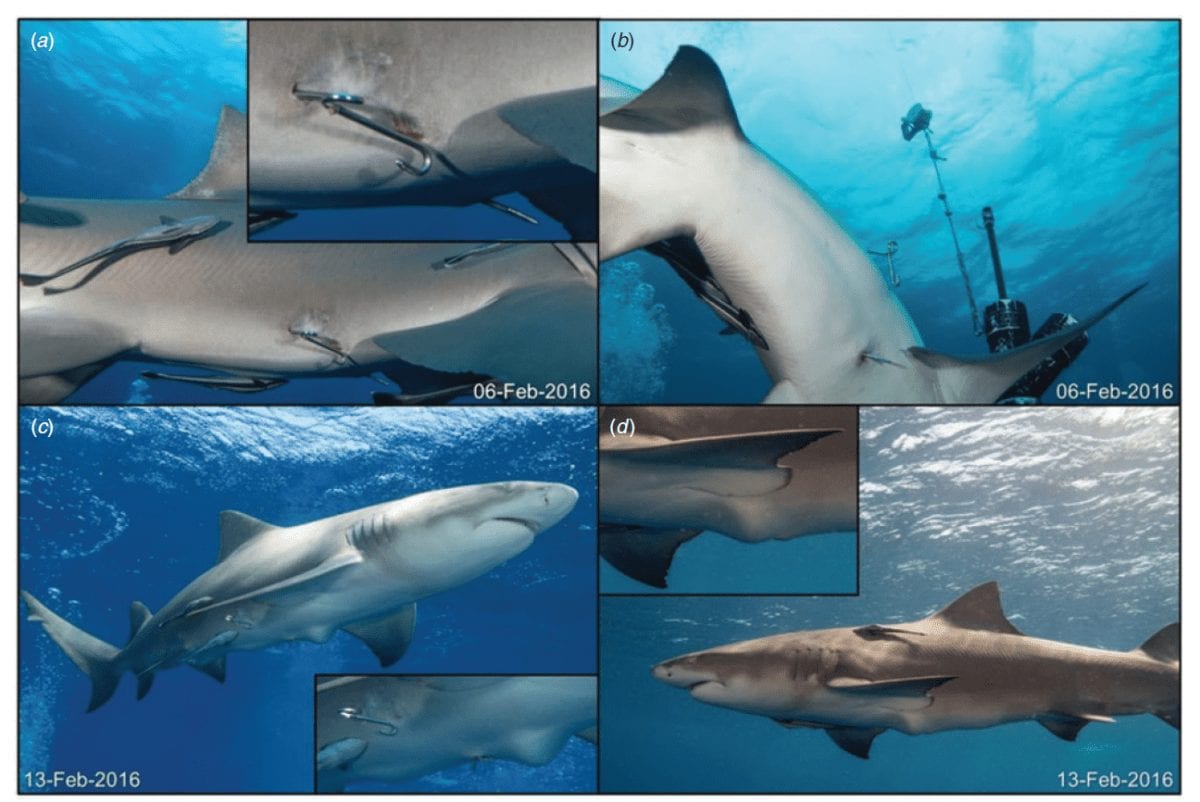 Later that year, in December 2016, the shark returned to the dive site once again, but this time the stringer was gone! All that was left were scars where the wounds used to be. While there is no way to know exactly what happened, the authors guess that the stringer got caught on something and got pulled out or a diver helped the shark out by removing it.

Either way, it’s amazing that this shark could live for several years with a metal object poking all the way through its body wall! It makes sense when you consider that sharks eat things that are pointy like stingrays, puffer fish and other species with spines, so they are likely to sustain internal injuries once in a while. It certainly brings a whole new meaning to the phrase “cast -iron stomach!”