Welcome to Shark Fact Friday, a (mostly) weekly blog post all about unique sharks and what makes them so awesome. This week’s post is about some weird shark behavior that only makes sense once you get all the facts.

The great hammerhead is an exceptional species for many reasons: they are the largest of the hammerheads, they are extremely speedy and maneuverable when catching prey, and they inhabit both shallow coastal and oceanic waters, making for an exciting encounter no matter where they are seen. But did you know that great hammerheads have been known to swim on their sides? 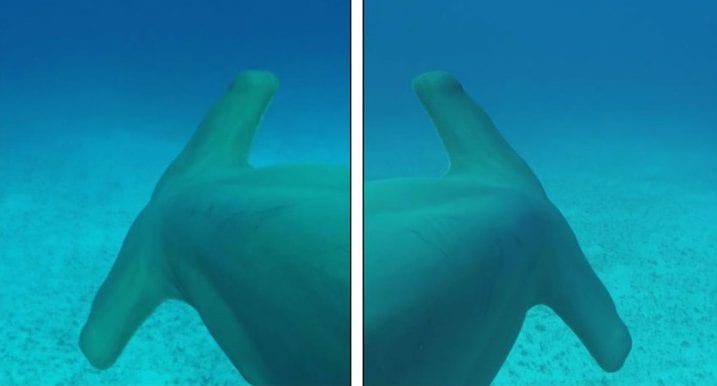 It’s true! A group of scientists tagged two great hammerhead sharks — one in Australia and one in Belize — with accelerometers. These devices tell scientists the orientation of the shark in the water. There is a similar device in your smart phone that tells the phone whether it is pointed up, down, or at an angle — and they work the same when they are attached to an animal. What the scientists discovered was fascinating.

The shark in Australia spent about 90 percent of the time swimming on its side at angles between 50 degrees and 75 degrees, and alternated rolling between the left and right side every five to ten minutes. The shark in Belize spent the daylight hours mostly upright, and swam between 30 degrees and 80 degrees on its side most of the evening. Additional sharks in the Bahamas tagged with cameras on the dorsal fins exhibited the same behavior and great hammerheads in public aquaria have also been seen swimming on their sides.

So why do they do this? To help understand why, think of an airplane, which are similar in shape to sharks when you think about it. Sharks and planes are both heavy, and gravity wants to pull them down, but airplanes have wings to generate lift to keep them in the air and sharks have pectoral fins (the ones on the sides) to keep them in the water column. The longer the wings or fins, the easier it will be to get lift.

The great hammerhead is unique because the dorsal fin (the one on the top of the shark) is longer than the pectoral fins (the ones on the sides). In fact, of all the sharks for which the authors of this study had data, the great hammerhead was the ONLY shark to exhibit this trait. So, to generate as much lift as possible, they turn on their side to increase the length of the fins generating lift. 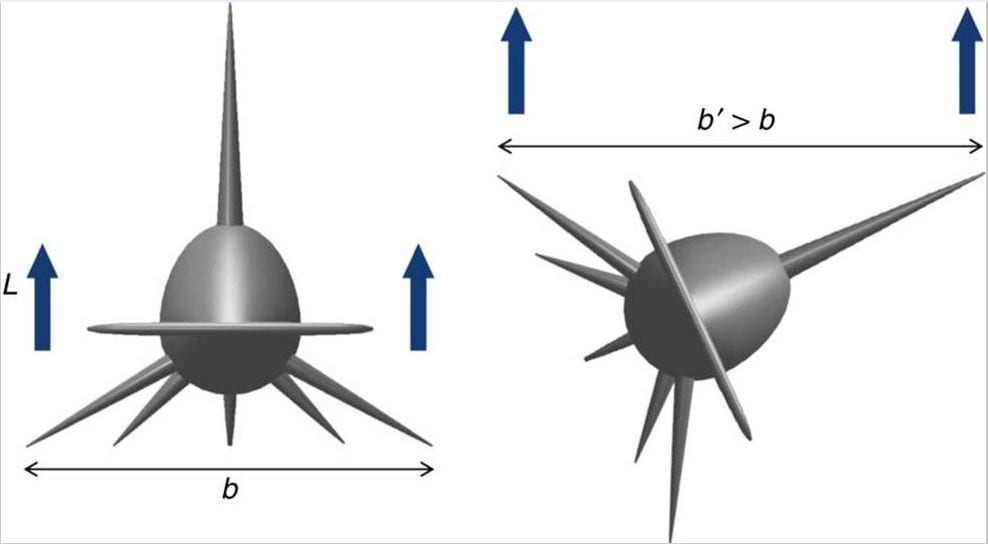 This method works so well that it reduces the energy a great hammerhead uses to swim by about 8 percent! When you’re an animal that must swim to breathe, saving even the smallest amounts of energy makes a big difference!