Welcome to Shark Fact Friday, a (mostly) weekly blog post all about unique sharks and what makes them so awesome. This week’s post attempts to shed light on a little-known shark fact: yes, sharks do have ears!

They’re not like the external ears that you and I have, but they are there. Most sharks have two tiny openings located behind their eyes – so small that you would probably never notice them. These little holes lead to the inner ears which are located inside their heads. 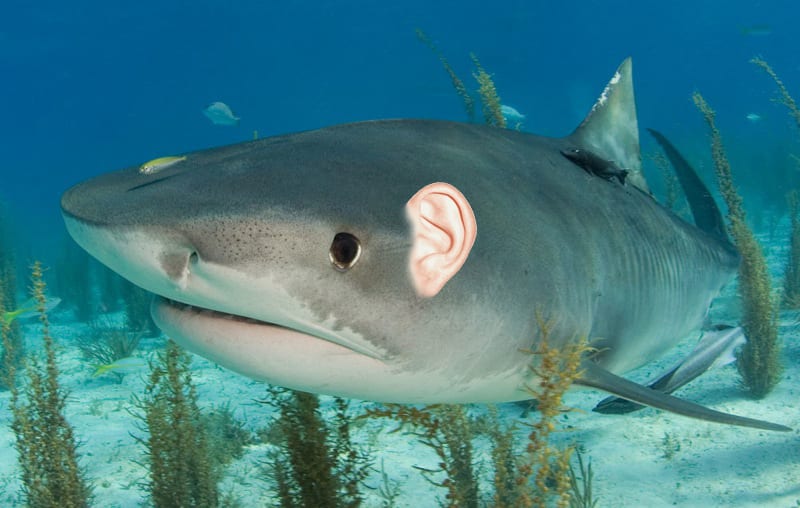 Much like us, parts of their inner ear are dedicated to balance and hearing — important even for creatures living underwater. In fact, it turns out that sharks can hear quite well! How did we figure that out? Their sense of hearing can be tested by using audiograms that measure hearing sensitivity by introducing the subject to different frequencies or pitches of sound. For example, the sound of a bass drum or the sound of thunder are low-frequency sounds, while chirping birds or a shrill whistle are considered high-frequency sounds.

These experiments have demonstrated that sharks hear best at low frequencies – those below 1,000 Hertz. Several experiments have shown that some species of sharks are attracted to sounds hundreds of feet away. They are especially interested when the sound is between 20 and 1,000 Hertz and pulsing erratically – the same noise as an injured fish swimming or splashing around. To put that into perspective, the Centers for Disease Control and Prevention say that although humans can hear between 20 and 20,000 Hertz naturally, the most common sounds most people hear every day are between the 250 and 6,000 Hertz range. 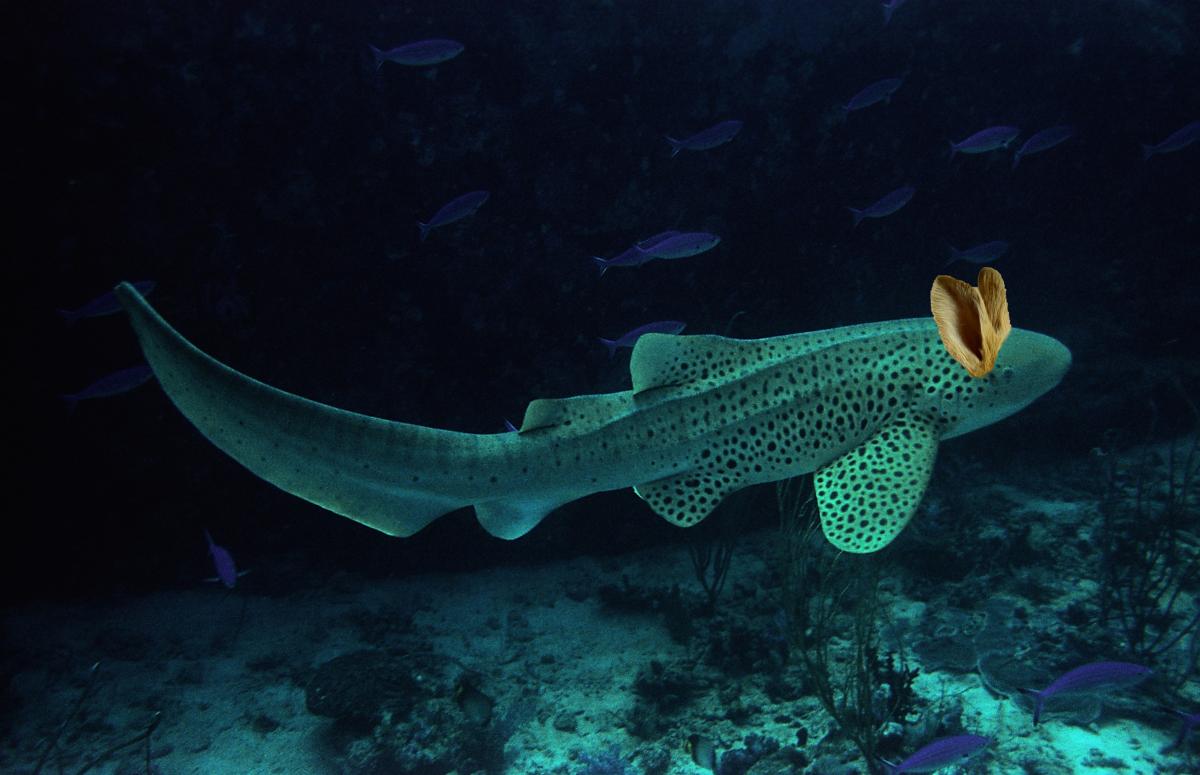 Sound is a very important sense for sharks because it helps them find food. It’s also important because the ocean is a surprisingly noisy place! You can listen to the underwater world here and here. Unfortunately, the ocean is getting noisier every year due to human-generated sounds like boat traffic and shipping and it’s unclear how sharks are reacting to their noisier environment.