This week will be about cookiecutter sharks – tiny sharks that have a sugary sweet name despite their nightmarish behavior.

This species lives in warm tropical and temperate waters, and has been found in the Atlantic, Pacific and Indian Oceans from the surface to below 1,000 meters or roughly three Empire State Buildings. They are relatively small sharks, measuring a little less than 2 feet long. The underside of this little shark is bioluminescent–which is just a fancy way of saying that it glows in the dark. Specifically, their bellies glow a greenish color.

A little shark that glows in the dark! Sounds pretty cute, right? NOPE. 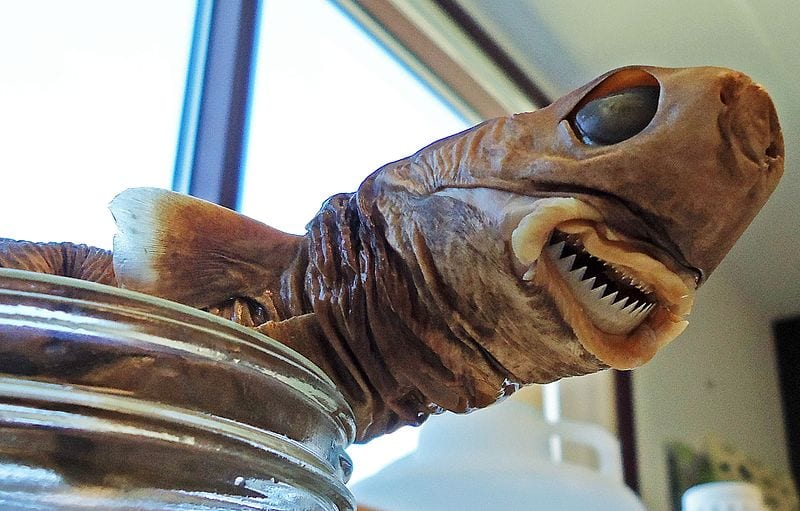 Cookiecutter sharks feed a little differently than most other sharks. While their relatives may eat their prey whole, the cookiecutter has an alternative method: biting circular chunks out of their prey. Thus how they earned their name.

This species frequently goes after prey that is much larger than itself, setting their sights on dolphins, whales, seals, other sharks, and large fish like tuna and marlin. Once they have found their target, they attach themselves with the pointy teeth of the upper jaw, and suction their lips and mouth on their prey. Next, they dig in with the very large, triangular teeth of the bottom jaw and earn their meal by rotating their whole bodies so the teeth can gouge out a chunk of their prey’s flesh. While the bite may look like a cookie cutter made it, a more apt name for this little guy would be the ice cream scoop shark, because the wounds are usually crater-like rather than flat. 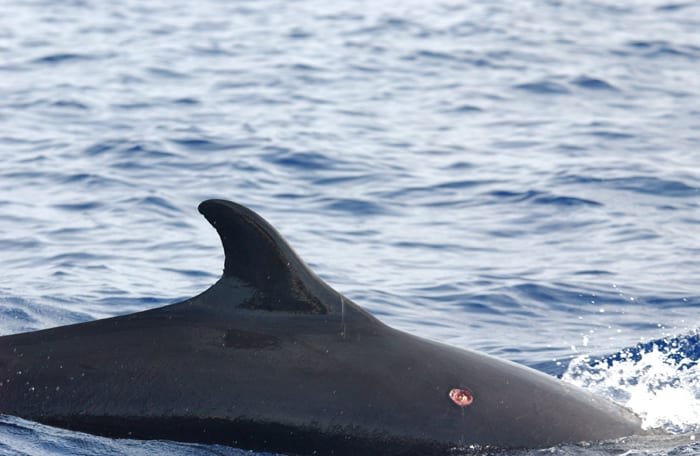 These bite wounds can leave some pretty serious scars on their victims.

But that’s not even the worst of it. Cookiecutter sharks have tried to take bites out of oceangoing objects that are much larger than whales and much scarier than other sharks. There are records of them latching onto the neoprene covers of NUCLEAR SUBMARINES. The U.S. Navy has since installed fiberglass shields over the neoprene because these tiny sharks rendered several subs ‘blind’ by destroying their sonar capabilities. Oops!!

So, while cookiecutter sharks may be small, they certainly are mighty! Not many animals can say that the U.S. Navy fears them. Let’s just hope that they don’t go after any more nuclear submarines anytime soon.