Welcome to Shark Fact Friday, a (mostly) weekly blog post all about unique sharks and what makes them so awesome. This week we will be featuring a close relative of the shark – the ray!

In the most upsetting scientific news since Pluto was dethroned from being considered a planet, manta rays are no longer technically called mantas. 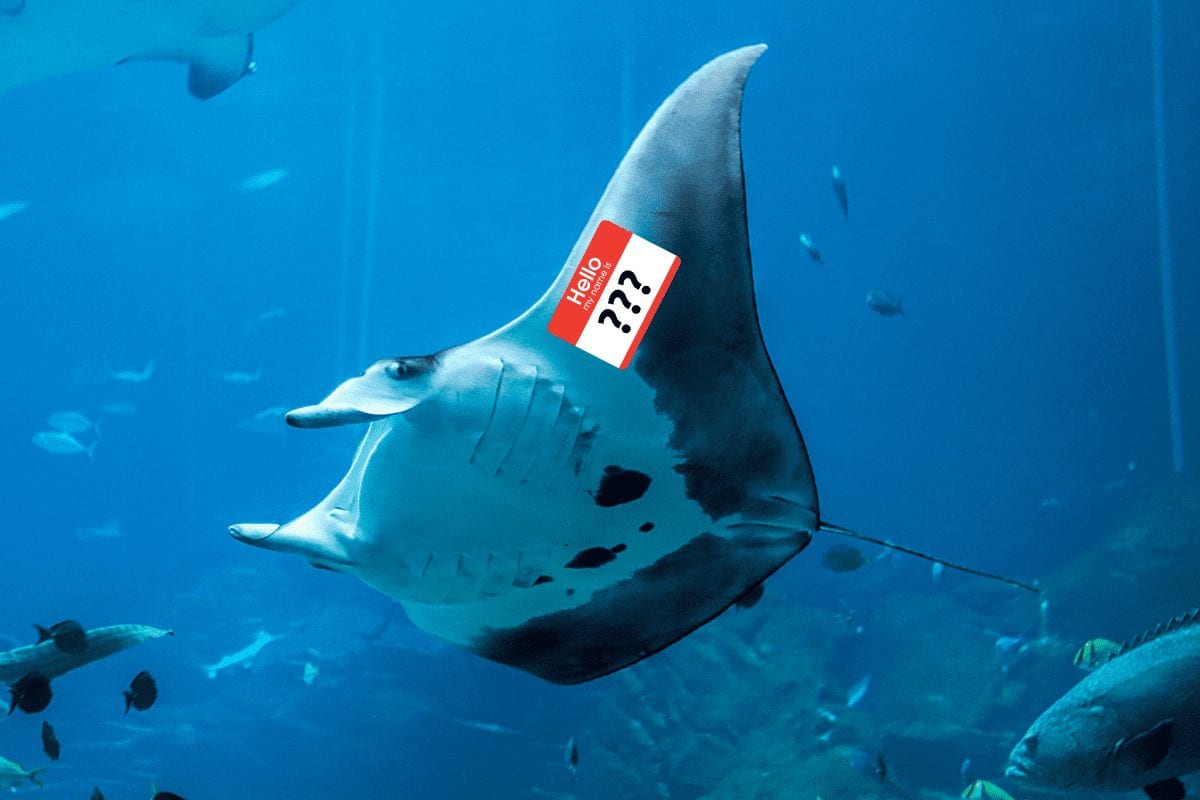 Manta rays got their common name because their genus name is, unsurprisingly, Manta. Our favorite giant ray friends are closely related to another genus of larger than average rays called devil rays, whose genus name is Mobula. Previously, manta rays had been in a separate category from devil rays (thus the different genus names) because of the position of their mouths. Manta rays’ mouths face forward on the front of their face, while the devil rays have mouths on the bottom facing downward.

Scientist have been investigating the relationship between devil and manta rays for quite a while, however there have not been very many global-scale studies. This is in part because the largest species in this group can reach up to 23 feet wide from tip to tip (making it as wide as two stories on a building). These species are also relatively rare, so as you can probably imagine, getting scientific samples can be a challenge. However, the authors of a new paper managed to get access to DNA samples from manta and devil rays from places like South Africa, the Philippines, Indonesia, Jamaica, Cambodia and India. No small feat! With a full set of samples and advanced genetics capabilities, they compared the DNA of all these species and found that mantas actually belong in the genus Mobula with the devil rays and no longer warrant their own genus.

So what does this mean? Well, it means that manta rays are really just super big devil rays, despite the placement of their mouths, and that their new genus name is Mobula and not Manta.

Now, before things get too crazy, it should be noted that the common name of “manta rays” was retained, so people can keep calling them manta rays. But if anyone ever asks why they are called manta rays, the answer will be a lot more complicated now.