Welcome to Shark Fact Friday, a (mostly) weekly blog post all about unique sharks and what makes them so awesome. This week is all about thresher sharks – sharks with big tails and cute faces.

Thresher sharks are unique looking, to say the least. To quote Sir Mix-a-Lot: “Oh my God, Becky, look at her…TAIL!” 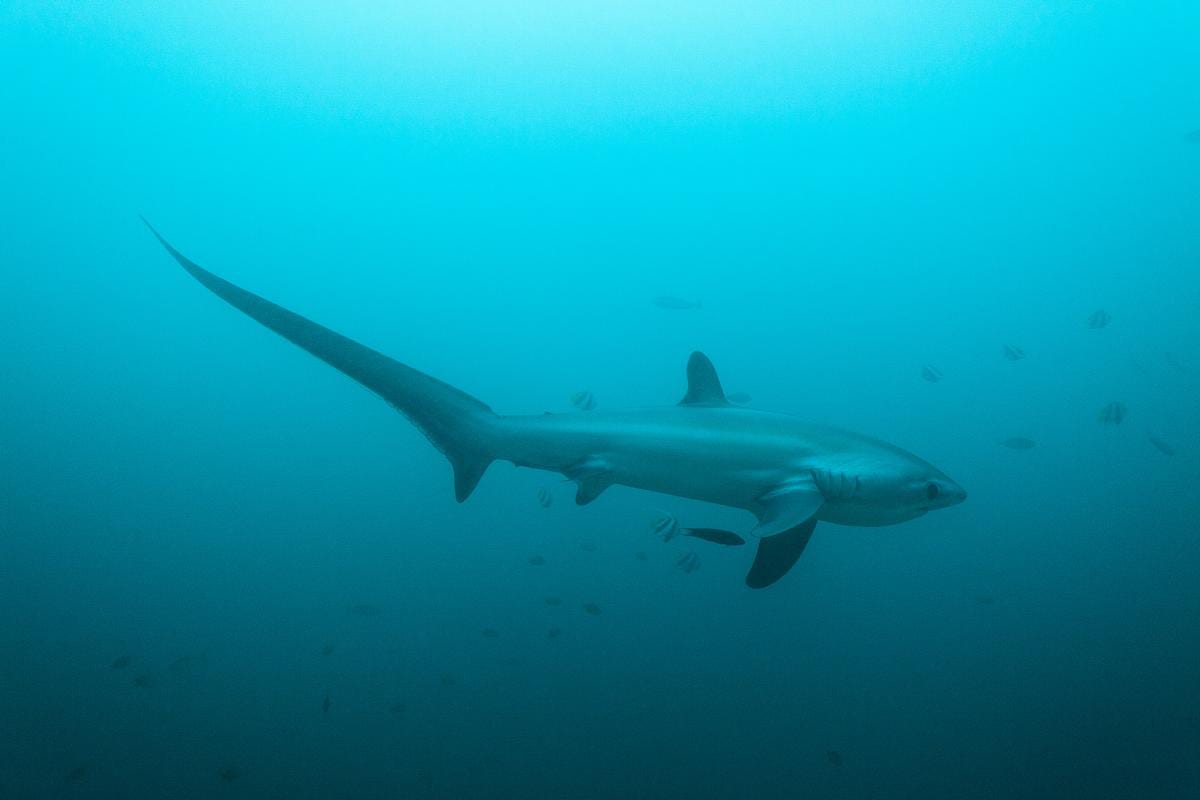 Seriously though, what in the world is up with that tail?

Well, it’s actually the thresher shark’s main weapon in hunting prey. The thresher shark mostly eats small schooling fish which require considerable speed and maneuverability to catch. While the thresher shark is rather speedy, it requires a whole lot of energy just to catch one or two of these small fish. So, the thresher shark went ahead and evolved a ridiculously long tail that they use to stun and immobilize their prey.

Essentially, a thresher will swim into a school of fish and whip its tail so hard that groups of fish get momentarily stunned. While the fish are recovering and not moving, the thresher shark will circle back and eat them. Pretty genius, if you ask me.

Here’s a video of the thresher shark in action:

Fishery Fact: This technique of tail whipping can get them into a little bit of trouble though. This species is relatively popular to catch in recreational fisheries, and they also get caught in commercial longlines and nets. When hooks are involved, these species can, and frequently do, get “foul hooked.” Foul hooking is when a shark is hooked somewhere that isn’t the mouth, such as the fins or the head. I’m sure you know where this is going – thresher sharks see the bait and use their tail to try to stun it, getting snagged on the hook. This leads to fishermen reeling these sharks in by the tail. When a shark gets pulled backwards, they can’t get water over their gills and have a hard time breathing. 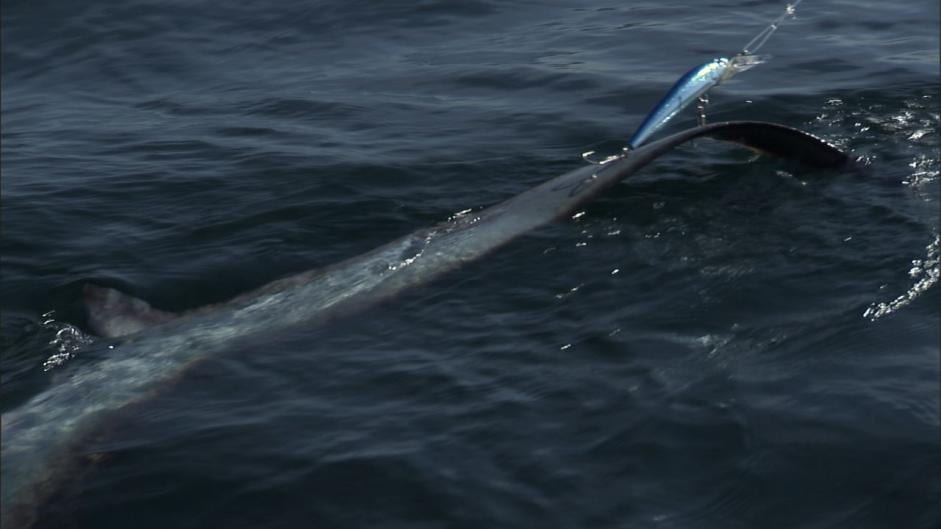 Face Fact: Threshers also have ADORABLE faces and look like they’re horrified 100 percent of the time. 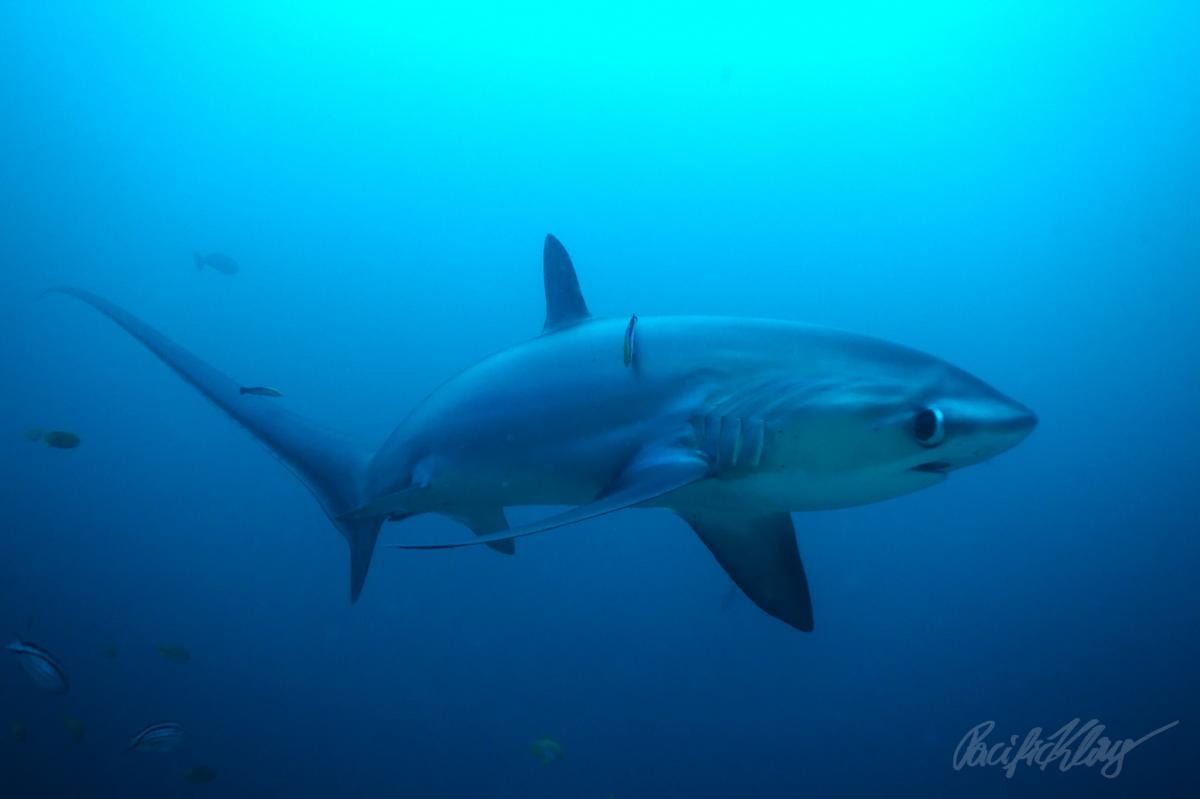