Welcome to Shark Fact Friday, a (mostly) weekly blog post all about unique sharks and what makes them so awesome. This week is about one of the most abundant sharks in the world: the spiny dogfish.

The spiny dogfish (Squalus acanthias) is a relatively small grey/brown shark with white spots. This species averages about 2 to 3 feet long, and can be found in temperate waters around the world. They live both inshore in shallow waters and offshore over the continental shelf, where depths can reach nearly 3,000 feet. 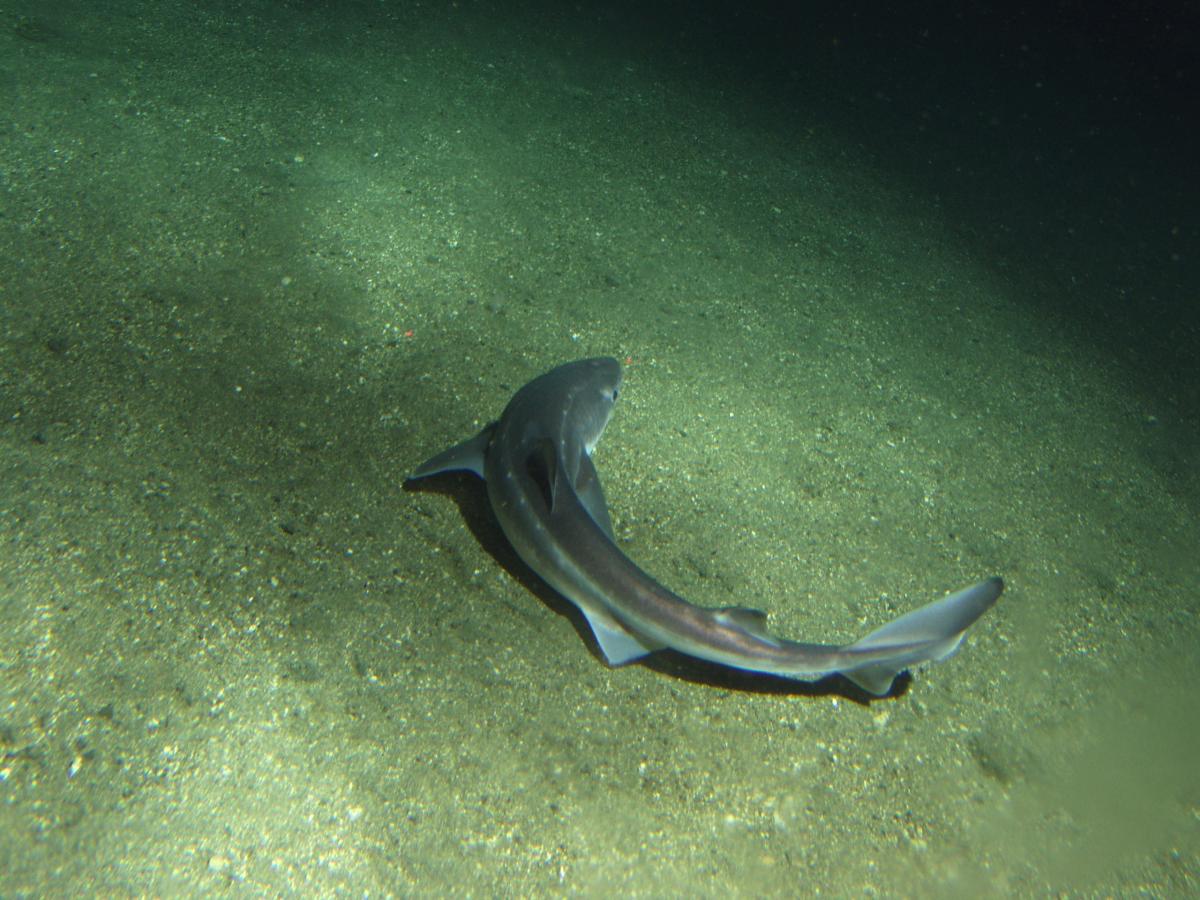 As its name suggests, this little shark has two very sharp spines – one before the first dorsal fin on the back, and the other before the second dorsal fin, which serve as defense against predators. It’s hard to bite down on something that is actively trying to stab you in the mouth! However, the spiny dogfish isn’t the only species out there that uses this method of self-defense. Several other species of shark also have spines including other species of dogfish, deep dwelling gulper sharks, and the Port Jackson shark. 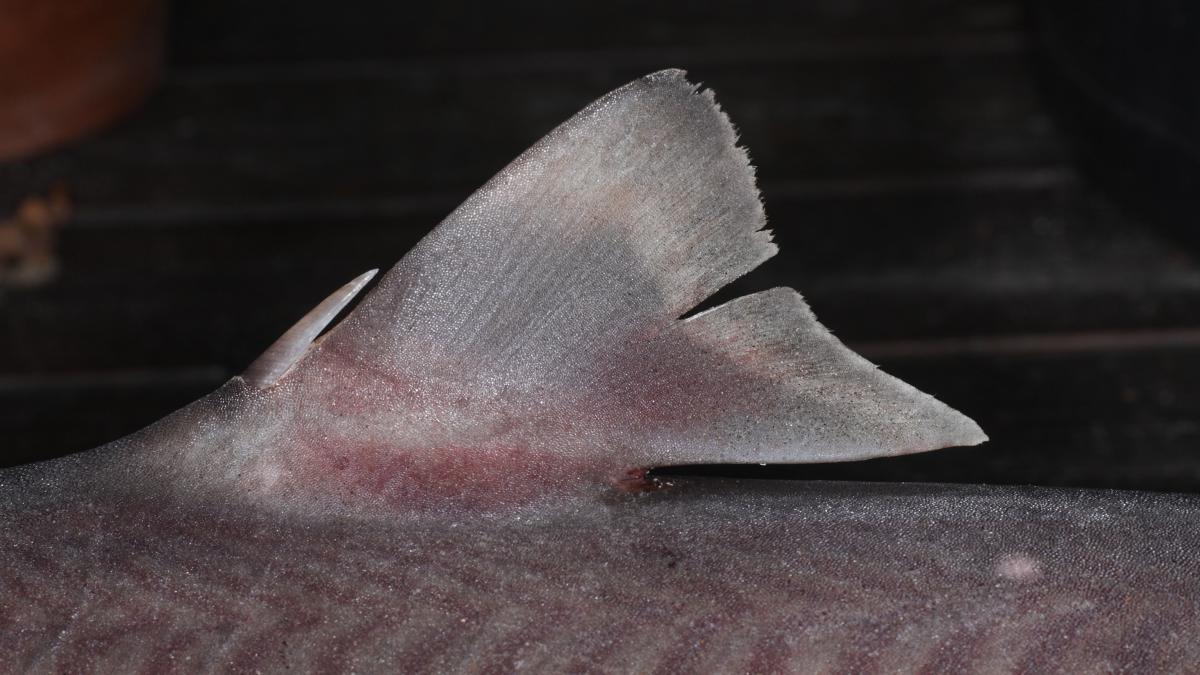 The spiny dogfish is known for swimming in very large schools. Interestingly, these schools are usually sex or size-segregated, meaning that all the sharks in one group will either be the same size or the same sex. In the United States, mature female dogfish tend to school closer to shore, while males and immature dogfish tend to school offshore. This schooling behavior may be why they are termed dogfish – according to the Florida Museum of Natural History, the name originated from fishermen who saw this species chasing down fish in dog-like packs. 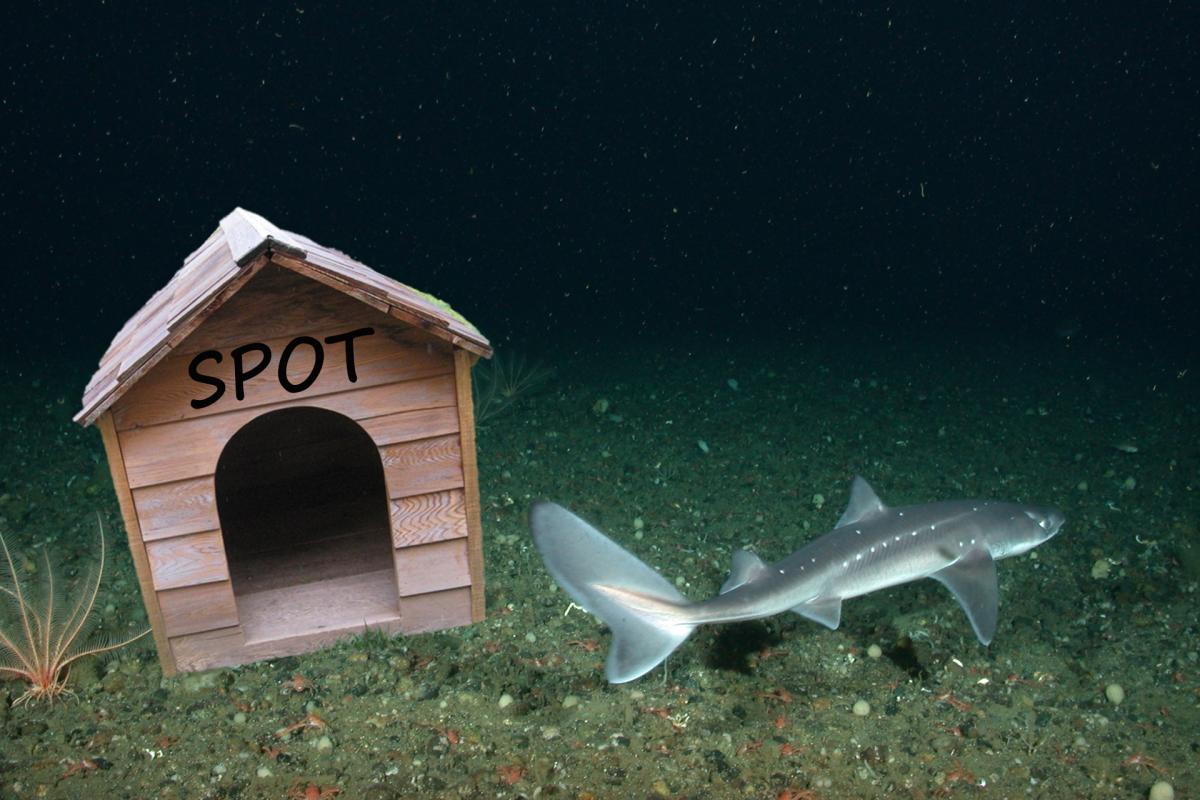 You might be more familiar with the spiny dogfish than you think! Due to its abundance, this species is commonly dissected in high school and college biology classes. Due in part to their small size, they’re also one of the easiest shark species to keep in captivity, and therefore are frequently used in laboratory studies. Interestingly, this means that there are more scientific papers published on this species than any other shark.

Despite their popularity in scientific literature and in classrooms, they tend to be relatively unloved by the public, especially when compared to their larger, toothier counterparts. But if you’re interested in this little shark, be sure to follow #DogfishRSharks2 on Twitter for more information on this tiny but fascinating shark!