Welcome to Shark Fact Friday, a (mostly) weekly blog post all about unique sharks and what makes them so awesome. This week’s post is about a deep-sea dweller that looks like a living fossil: the sixgill shark.

If your favorite number happens to be six, then have I got the shark for you! The bluntnose sixgill is unique in several ways, but perhaps the most obvious is the fact that this species has six gill slits, while most sharks have only five. The bluntnose sixgill also has six unique looking saw-like teeth on each side of the lower jaw. 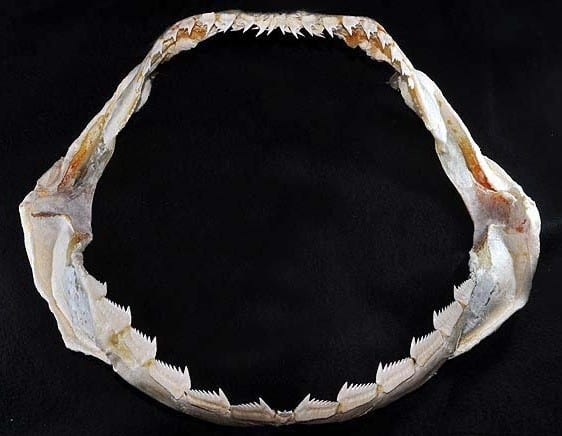 The bluntnose sixgill is an extremely large shark, reaching a (whopping) 15 feet, making them the third largest predatory shark in the world. However, the chances of you running into this species are relatively slim. In most parts of the world, this species is considered a deep-water shark, swimming in depths of over 3,000 feet deep. In the Pacific northwest, however, they are commonly found in much shallower water. In fact, they are found so shallow in these locations it is possible to scuba dive with them.

Relatively little is known about the bluntnose sixgill because their preference for deep water makes them especially difficult to study. However, the Seattle Aquarium has been conducting research on them in Puget Sound since 2002. They have found that Puget Sound may be serving as a nursery where pregnant females come to give birth and where their pups may stay for a short time while they grow. They also found that juvenile bluntnose sixgills hang out in groups with their siblings until they are large enough to make it out to the open ocean as adults. A sixgill clique! 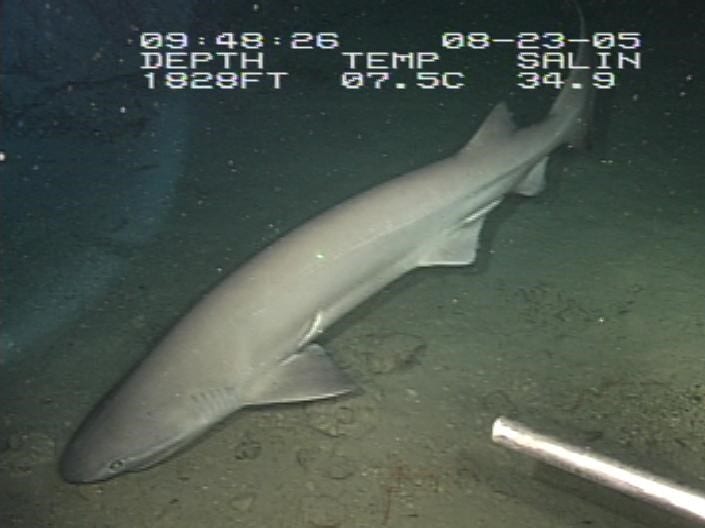 Famed shark biologist Dr. Jose Castro has stated that “despite living most of their lives in darkness, sixgill sharks have the largest pineal window that I have ever seen.” What is the pineal window? It’s a light-colored spot on the top of the shark’s head that essentially functions like a third eye. This special part of the head allows up to seven times more light to enter the brain cavity and reach the pineal organ, which is known to be as photosensitive as the retina! The pineal window can be found in many deep-sea sharks, but the exact function in these species is still unknown.

So, if you’re ever in the Pacific northwest and you’re interested in seeing a dinosaur-like creature, don’t forget that you could take an adventure and go see the weird-looking, window-headed, sixgill up close and personal!