Welcome to Shark Fact Friday, a (mostly) weekly blog post all about unique sharks and what makes them so awesome. This week’s post, in celebration of Shark Week, is a very special introduction to a brand-new species of shark, Squalus clarkae, also known as Genie’s dogfish, discovered by none other than yours truly! 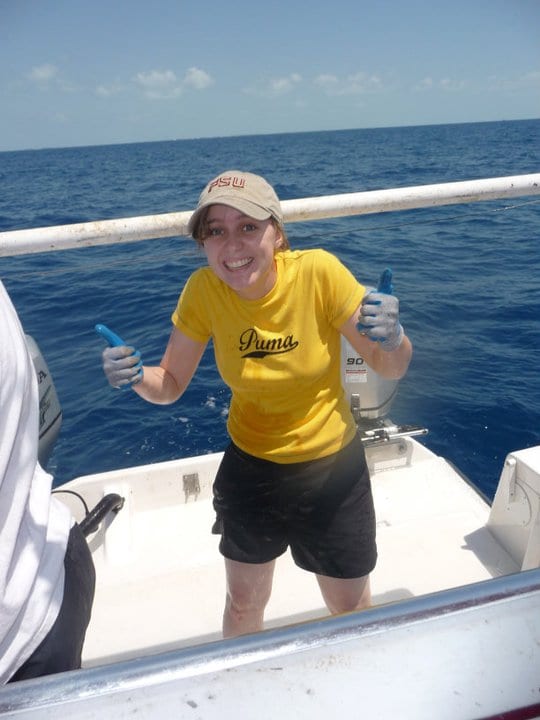 While pursuing my master’s degree, I had the opportunity to conduct genetics research on deep-sea sharks in the Gulf of Mexico. My research revealed that there was a case of mistaken identity! For years, Genie’s dogfish had been misidentified by researchers as a different type of dogfish shark called Squalus mituskurii. However, Genie’s dogfish looked different from other dogfish species: it had a longer body, a smaller tail fin, and differently-proportioned dorsal fins. In addition, the genetics of Genie’s dogfish didn’t match anything else! Once the research team and I realized that Genie’s dogfish was its own, unique species, we had the opportunity to name it and formally describe it for the scientific literature. 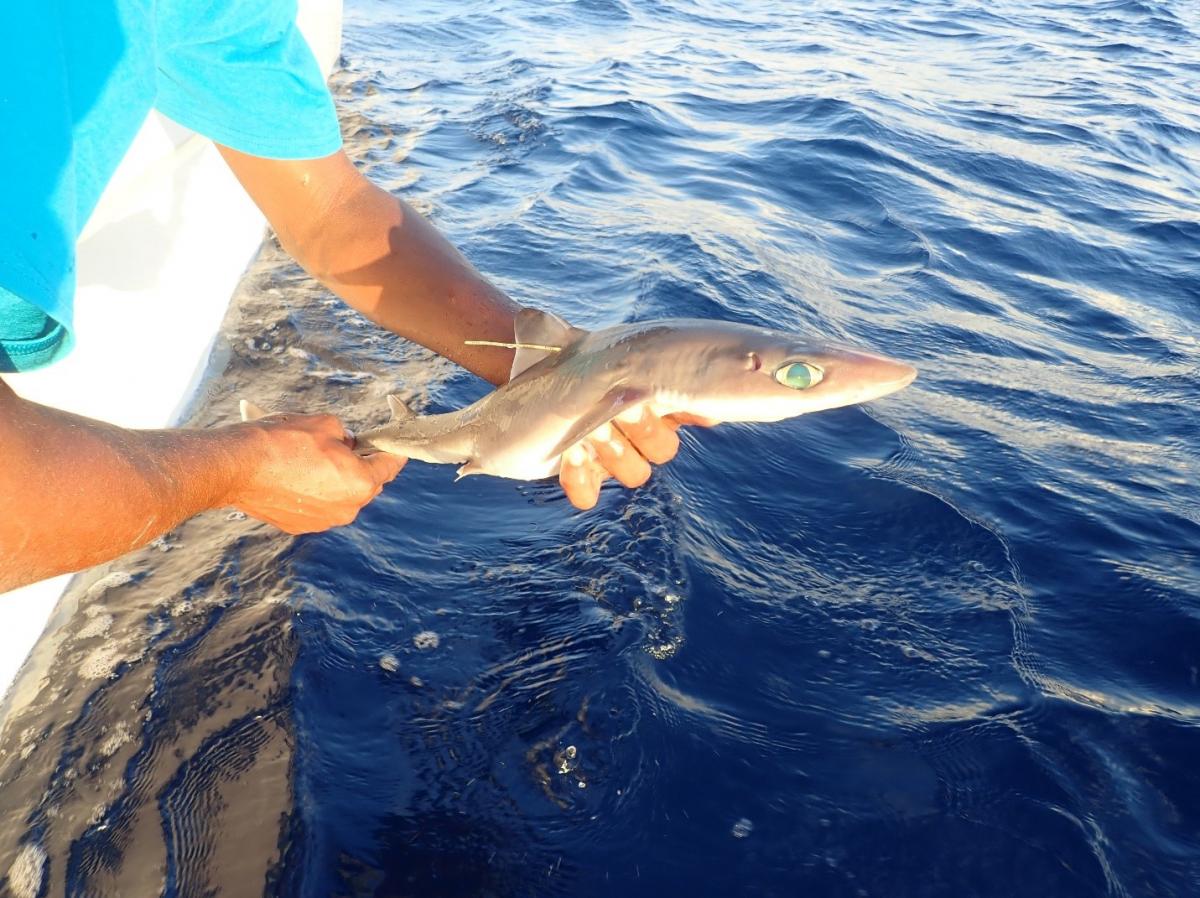 So why did we call it Squalus clarkae? In 2015, while working on this project, a hero of mine passed away at the age of 92. Her name was Dr. Eugenie Clark and she was a pioneer in shark biology, and one of the first women to make a name for herself in the boys club of marine biology. 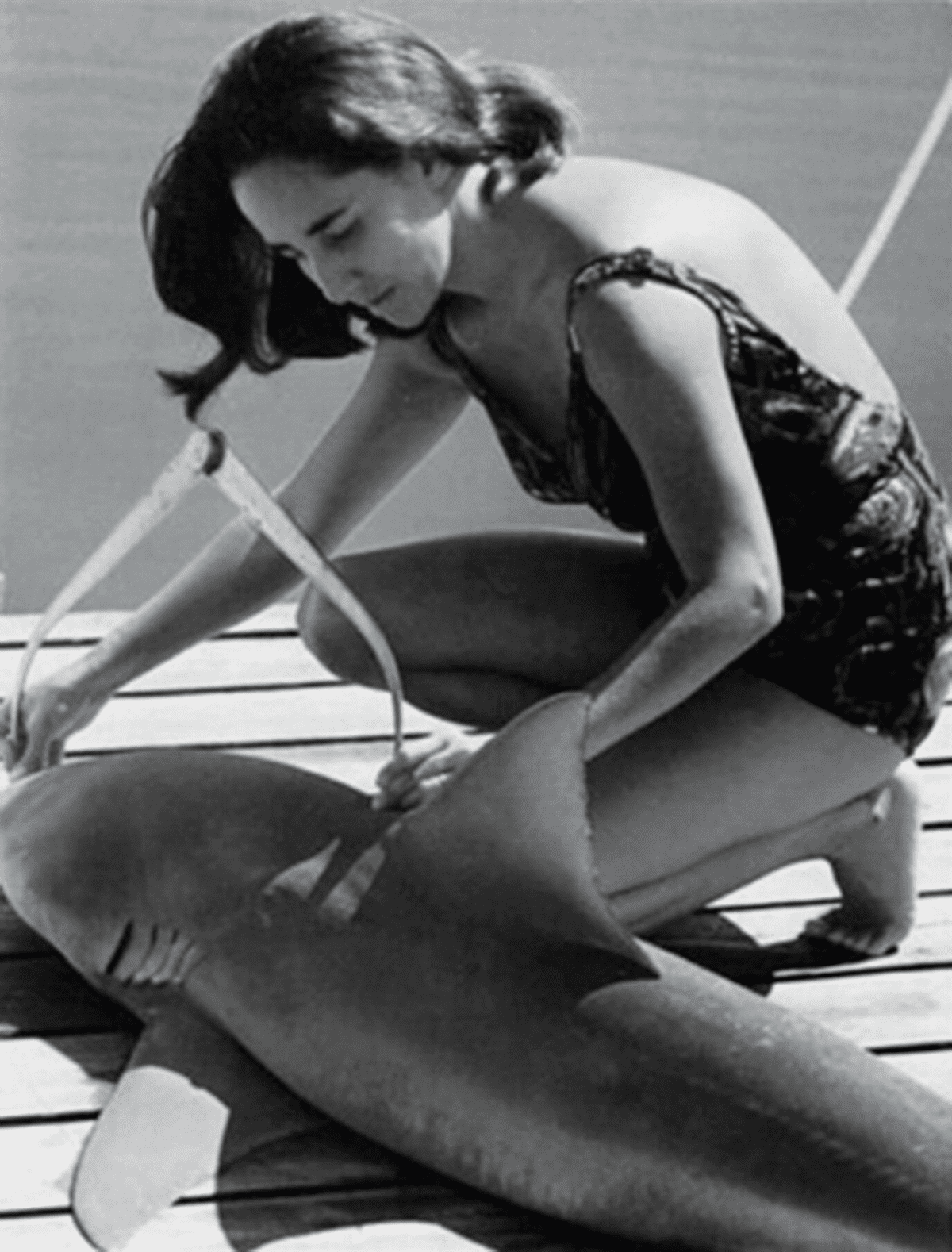 Some readers may know Dr. Clark as the “Shark Lady” from several books she authored or that were written about her, or even from any number of television specials she worked on. She conducted over 70 submersible dives, led over 200 expeditions around the world, and in 1955, founded the Cape Haze Marine Laboratory in Placida, Florida. In 1967, the Cape Haze Marine Laboratory was renamed the Mote Marine Lab and Aquarium. To say that she was a hero to many would be an understatement – upon hearing of her death, the Emperor of Japan sent his condolences to her family.

For me, she served as a constant source of inspiration, especially in a male-dominated field like shark science. My research is a perfect example of how her career has influenced multiple generations of women in science, as both myself and my advisor, Dr. Toby Daly-Engel, are women in the same field.