Oceana’s efforts to fight seismic airgun use in the Atlantic are off to a strong start. Right now our activists are conducting forums in nine different states to educate residents about the dangers of airguns.

Our CEO, Andrew Sharpless, recently partnered with singer Sheryl Crow to help spread the word about airguns in an editorial for the Huffington Post. Published today on their website, the editorial calls for the government to ban seismic airguns in the Atlantic and beyond. You can read an excerpt below, or read the entire article on the Huffington Post.

Imagine you are in the ocean. You hear the lapping of waves, the squeals of dolphins, and the swish of swimming schools of fish — all sounds you expect to hear underwater. But then a boat glides overhead, and the chatter is drowned by a deafening roar. Sonic blast after blast — 100,000 times more intense than the roar of a jet engine — is shot from the boat, annihilating all other ocean sounds.

The government, after campaigning by Oceana and its allies, spared the Atlantic from this fate when the Department of the Interior postponed their decision on whether to allow seismic airguns off the Atlantic coast. The delay pushes back the timeline for oil and gas exploration and buys marine life needed time.

Please take a moment to share this article with your friends and family. Every voice counts in Oceana’s efforts to save Atlantic marine life from the devastating effects of airgun blasts. 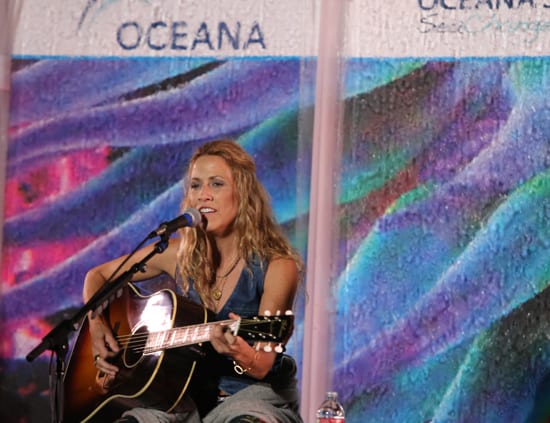