After topping off the Research Vessel (R/V) Shearwater with ample fuel for a multi-day journey, we motored out of Santa Barbara Harbor for our five day expedition to Southern California’s Channel Islands and beyond. There are ten of us on board including the able crew of the R/V Shearwater, the dive team with Marine Applied Research and Exploration (MARE), Oceana scientists Ben Enticknap and Geoff Shester, and Alexandra Cousteau; the granddaughter of Jacques-Yves Cousteau, the explorer, scientist and pioneer of marine conservation.

Plan A was to dive the Remotely Operated Vehicle (ROV) – the Beagle – on Sverdrup Bank, an expansive underwater ridge that stretches for nearly 100 miles to the south of the Channel Islands. There was one problem which was fully out of our control…the weather. A small craft advisory warning of 30 knot winds forced us to reconsider. While the Shearwater can go most anywhere off Southern California, the challenge is launching the 450 pound Beagle (aka “Bad Boy”) off the back deck and then maintaining a controlled flight three feet above the seafloor as the boat dances in the waves above. Sverdrup Bank will keep its secrets for another day.

Plan B. We recently obtained new high resolution sonar maps from researchers who mapped the seafloor from aboard the E/V Nautilus. One of the really intriguing spots we noticed on the maps was a large rocky reef seven miles west of Santa Barbara Island, a small island 45 miles southwest of Los Angeles. The weather there looked relatively good, there were promises of deep-sea corals, and we would be the first expedition to dive there, explore, and document what was living on this newly mapped reef.

Success. Our first dive of the expedition revealed numerous gold colored gorgonian corals, black corals decorated with barnacles, sponges, and many types of rockfish. We knew right away this was truly an amazing spot. We found a coral garden, with some large corals perhaps over a hundred years old. The corals and sponges add to the overall structure of the rocky reef and are used by fish, lobster, octopus and other marine life for shelter as they rest, feed and grow.

After completing five transects and two full dives at 600 to 1,100 feet below the surface, we hauled the Beagle to the deck and took shelter in the lee of Santa Barbara Island. Gulls flew back and forth above the sea cliffs as sea lions gracefully swam in and out of the kelp forests while the crew swam off the back deck of the boat. It was beautiful, peaceful, and a great way to end our first day at sea. 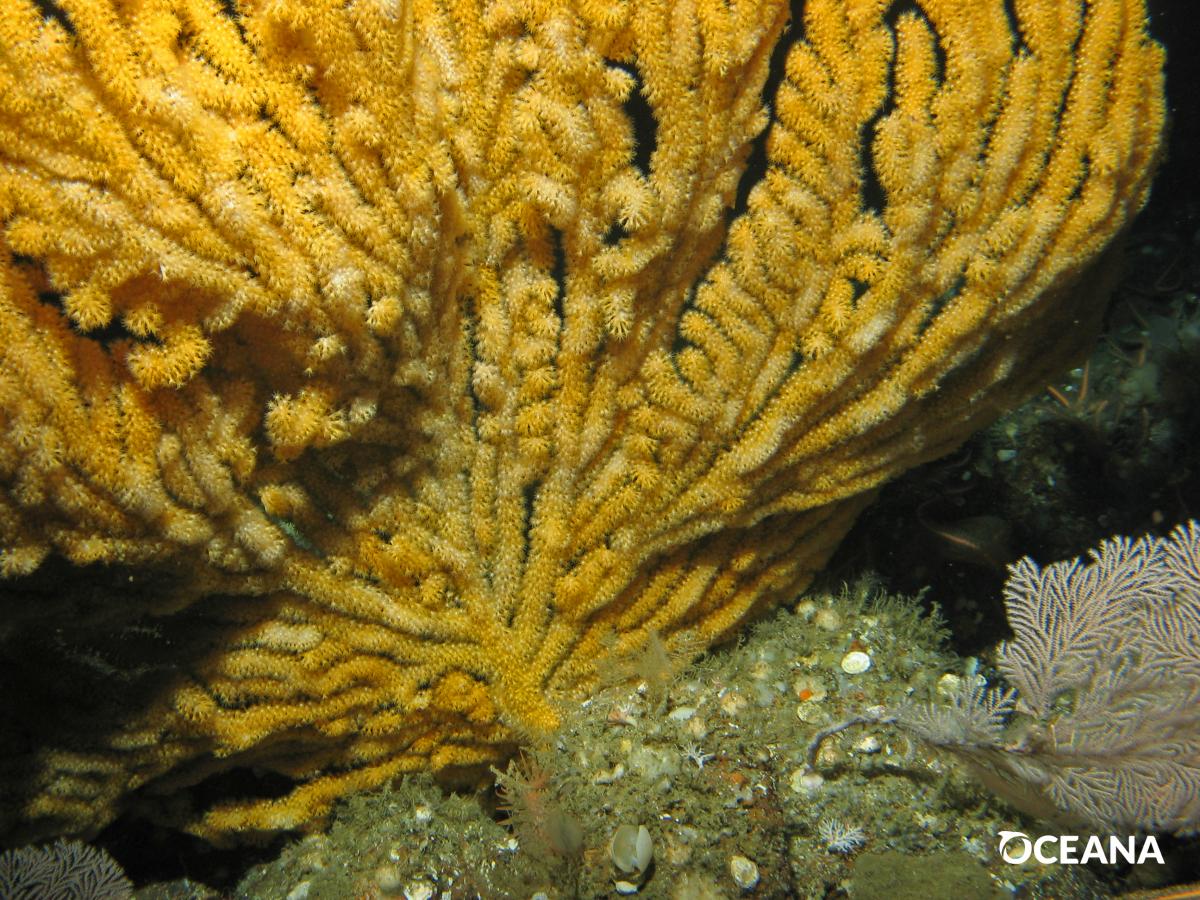