Our second day at sea off Santa Barbara Island was quite exciting!

From the moment we woke up, we kept seeing dolphins in the distance, traveling in groups by the tens and sometimes hundreds. Most of the time, they were several hundred feet away from the boat, but magically, the ocean became glassy calm in the afternoon, and a group of dolphins approached the boat.  I’ve seen this before, but it never ceases to amaze me how they can get so close to the boat and ride the bow like pro surfers. Dolphins are among the most intelligent creatures out there, and I can only imagine the pure joy and exuberance they feel as they ride the waves a few feet below us.

We also had successful dives with the Remotely Operated Vehicle (ROV). As we watch the live feed of the video, we are not only looking for the conspicuous structures of deep sea corals and sponges, but we are also looking for other marine life hiding in the background. Underneath one of the sponges, I saw some unusual coloration, and asked the ROV pilot to take a closer look. Low and behold, we saw tentacles with suction cups wrapped around the base, revealing itself to be an octopus. The closer we look beyond the magnificence of these undersea living structures of corals and sponges, the more we learn how important they are in the fabric of an ecosystem we are only beginning to understand. 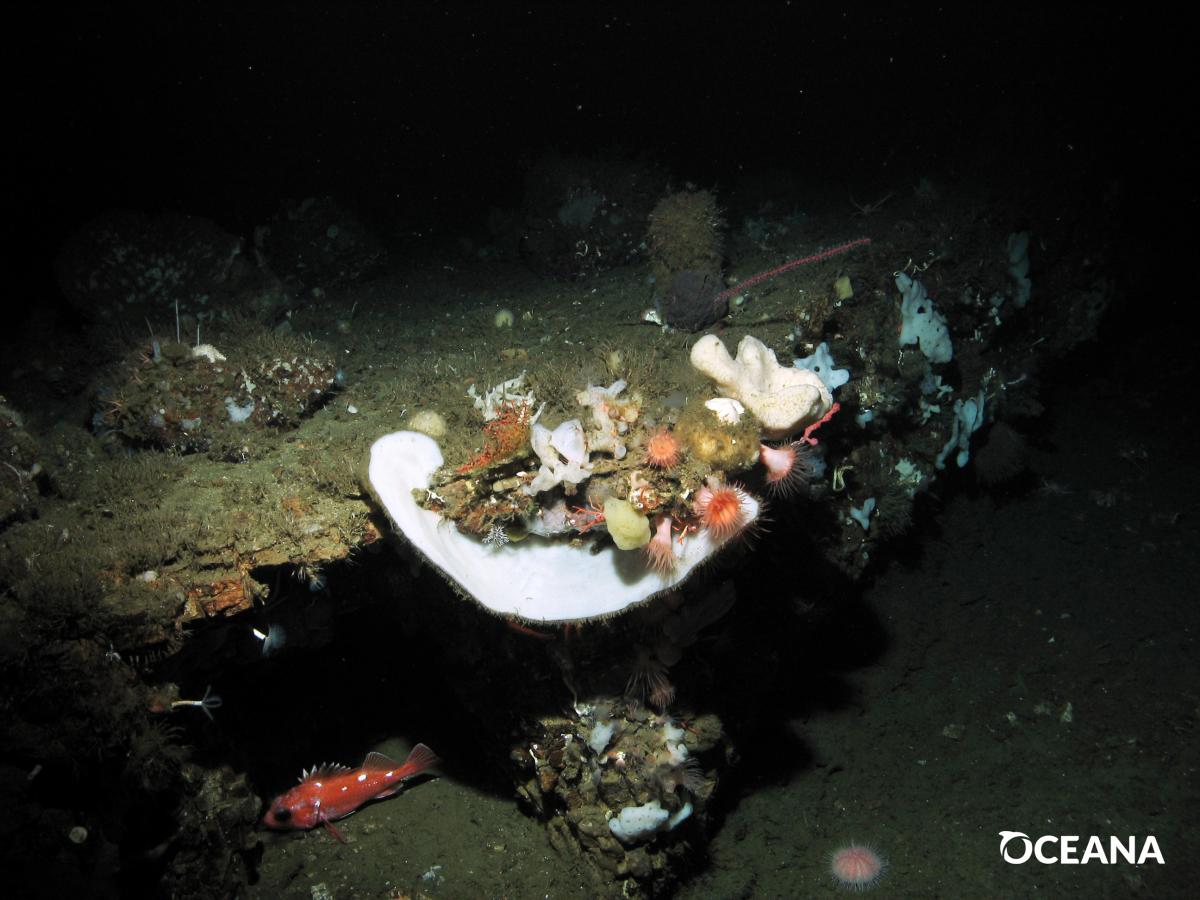 On our last dive, we saw over a dozen cowcod rockfish, named due to their ability to reach a large size.  This is one of the species that was fished to the brink of extinction, as it can take over 20 years for a cowcod rockfish to reach reproductive age. Fortunately, strong management measures and a rebuilding plan are starting to bring this iconic species back from the brink, and it was a real treat to see these fish making their comeback. We can see how important seafloor structure is for these fish, as nearly every cowcod was near a crack or crevice, and would hide when the ROV approached, leaving us to see only the ends of their tails sticking out. It reminded us of ostriches sticking their heads in the sand.

Perhaps one of the most intriguing discoveries happened just as we were about to pull the ROV up at our last dive. We had been exploring a huge vertical wall deep at the eastern end of Osborne Bank, and we saw a couple box crabs on the move, walking up the wall in the same direction. Soon, we began to see more, and we assumed there must be food nearby. As we reached the top of the wall, we were surprised to see literally hundreds of these crabs congregating together. We then discovered the reason for the pilgrimage: it was a mass mating event! Large (presumably male) crabs were pulling smaller (presumably female) crabs beneath them one by one, and as we went we realized this was happening all around us. It raised many questions: how did all the crabs know to meet right here at this spot at this time? How far did the crabs come to find this spot? How many places are there like this? As we begin to unlock the secrets of the deep, what other unseen mysteries have yet to be found? 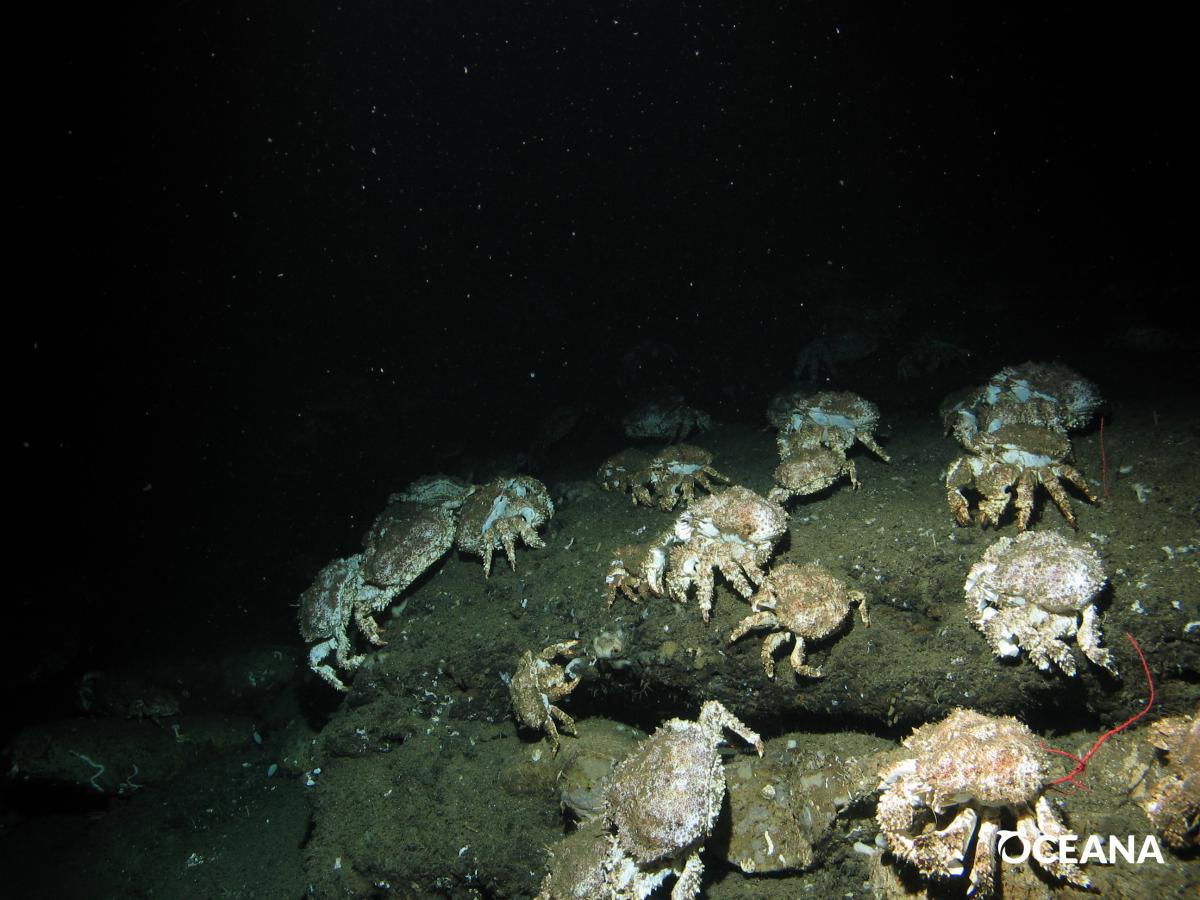