Last night we transited slowly through the night from Osborne Bank off Santa Barbara Island to a place named Butterfly Bank. The area is actually a series of deep offshore rises, or seamounts, that together form the shape of a butterfly when viewed on a map from above. These seamounts are located 70 miles west of San Diego and just this side of the U.S. Mexico border. The underwater mountains quickly jump in elevation from well over a mile deep to less than 1,000 feet below the surface.

In the deep sea, seamounts are known to be islands of life and biodiversity. So, as we studied the nautical charts and seafloor maps the features of Butterfly Bank quickly drew us in. Like other seamounts off the West Coast, would there be deep-sea corals and sponges? A new species? Little is known about these particular seamounts and we would perhaps be the first people to actually see what lies beneath.

At sunrise we were nearing our first dive site. In the distance was another ship. The U.S. Navy was conducting a ‘live-fire’ exercise less than six miles away and so we had to move out. Respectfully, and not wanting to be accidently blown up, we changed course to the western side of Butterfly and prepared our first dive of the day.

As the ROV Beagle descended into the deep, onto the slopes of Butterfly Bank, we saw sheer rock cliffs and ledges decorated with three foot high sponges and small, bright white sponges that looked like wedding lace. We also found bubble gum corals and black corals. Similar bubble gum corals have been determined to be over 100 years old and black corals have been aged to be over 1,000 years old! Our dives at Butterfly continued well past sunset, and we saw rockfish settling down for the night under the rocky cliffs and the ledges and folds formed by the sponges. 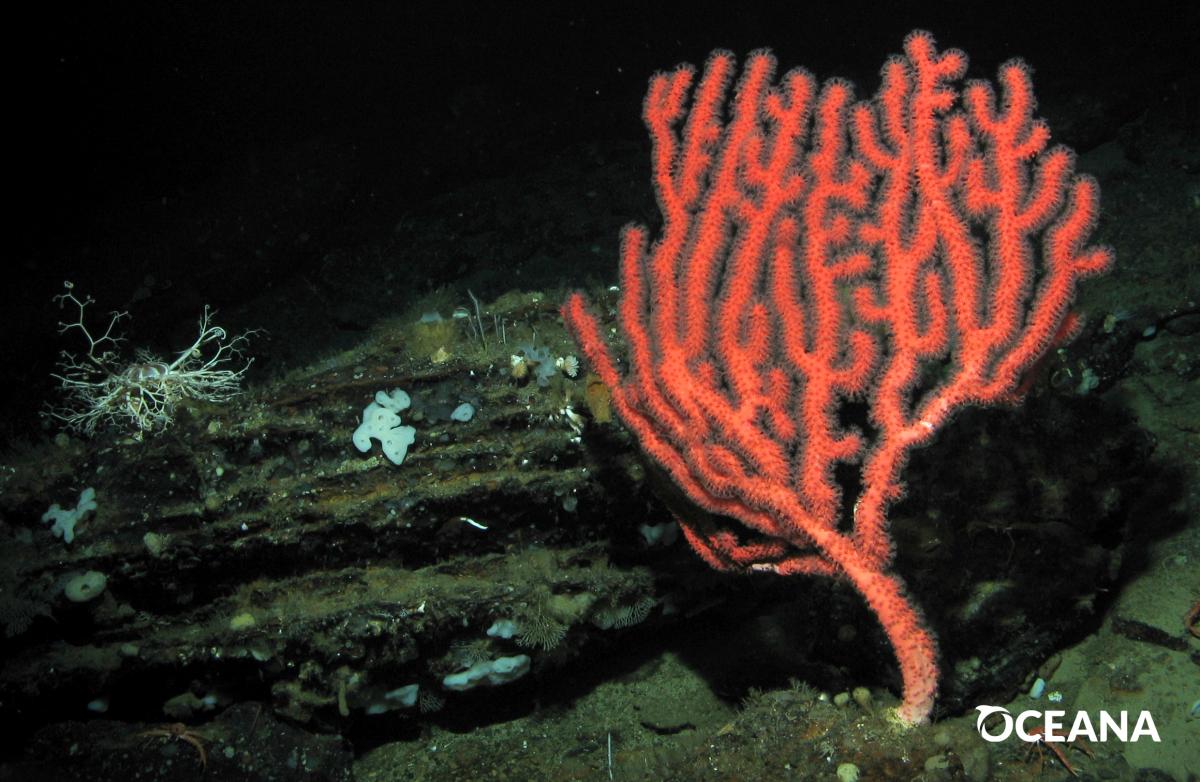