What an amazing conclusion to our research expedition off Southern California to explore the living seafloor!  Today is the last of our five days at sea, and it has been one of the most magical any of us have ever experienced on the water. Before we left the dock, Oceana Senior Advisor Alexandra Cousteau took the world on a live tour of the Research Vessel Shearwater. The tour was broadcast nationwide on the Michaela Morning Show on CNN.

We welcomed Oceana supporter and star of the film Dolphin Tale Austin Stowell aboard. Austin was thrilled to participate in every part of the day’s work, including raising and even piloting the Remotely Operated Vehicle (ROV) Beagle. On our way to the Channel Islands, we encountered several pods of dolphins. Some of the dolphins were eager to show off their surfing skills to our guests by riding the bow waves, while others were too occupied by feasting on huge underwater “bait balls” of forage fish that we could see shimmering on the water’s surface. As we approached Santa Cruz Island, Captain Terrance took us to Painted Cave, which is one of the largest sea caves in the world. He steered the huge boat far inside the dark cave. It was gorgeous and looked like somewhere pirates would have kept their treasure. 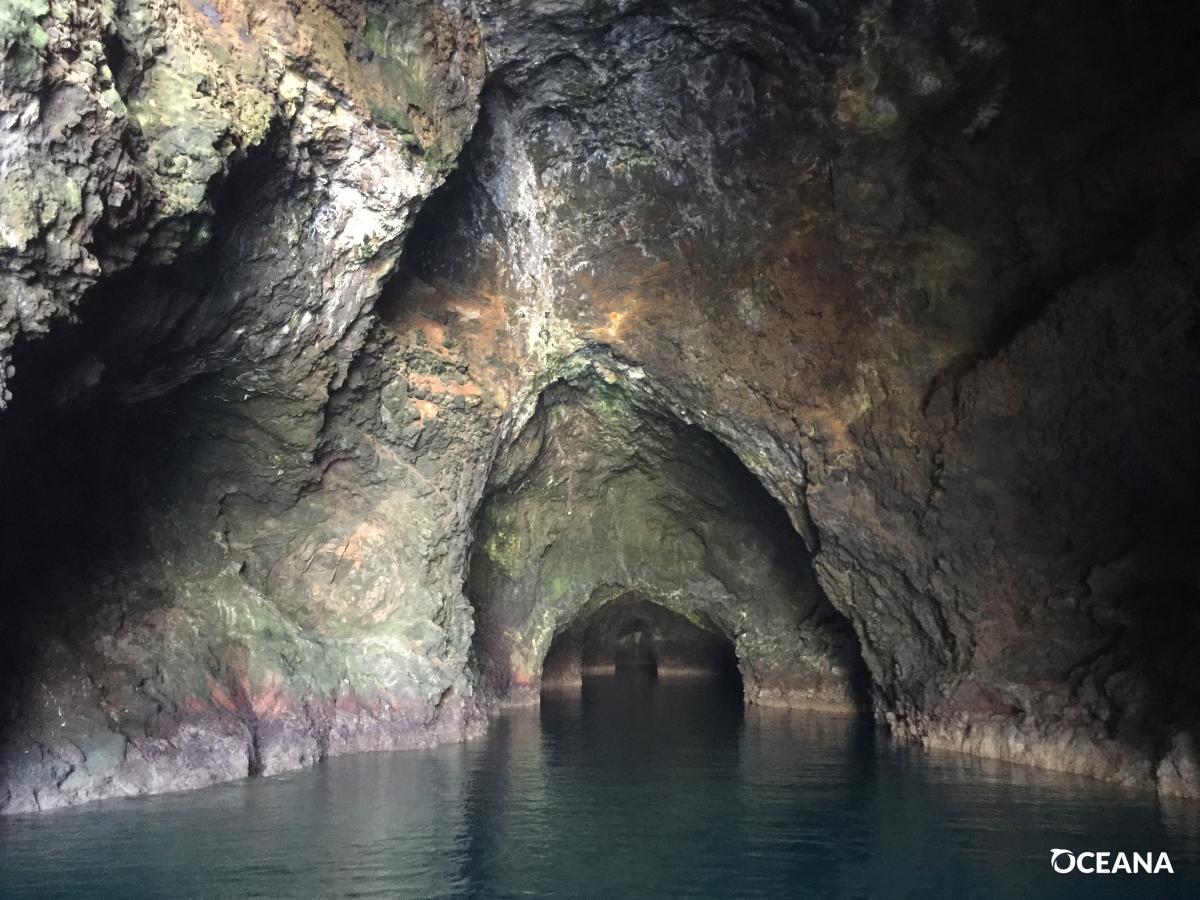 Our first dive, on the south side of Santa Rosa Island, was the shallowest dive so far (around 250 feet). Just as the seafloor emerged from the darkness, our ROV spotted a huge ocean sunfish hovering over the bottom. As Alexandra Cousteau put it, the fish looked like a silver dollar with huge fins on the top and bottom. 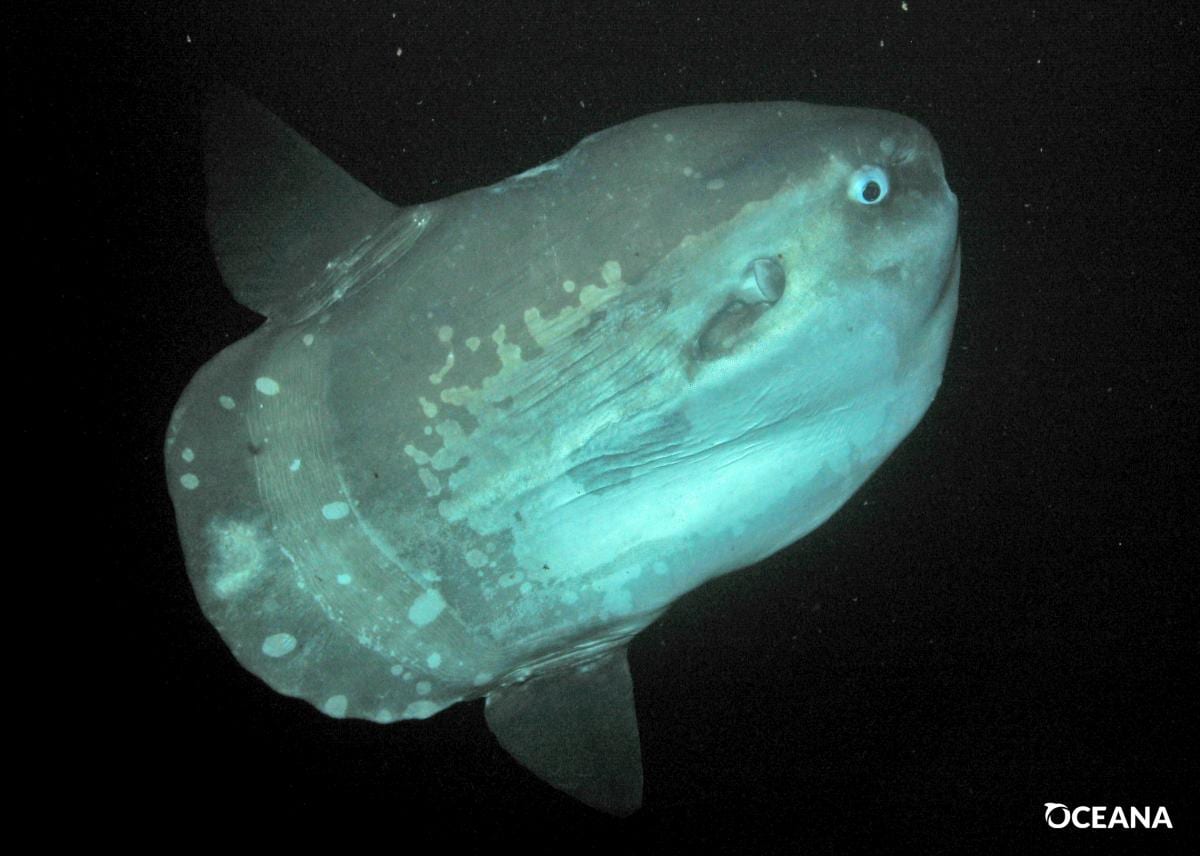 Next, we saw a colorful rocky reef with bright orange gardens as dense as anywhere we have ever seen on this coast. 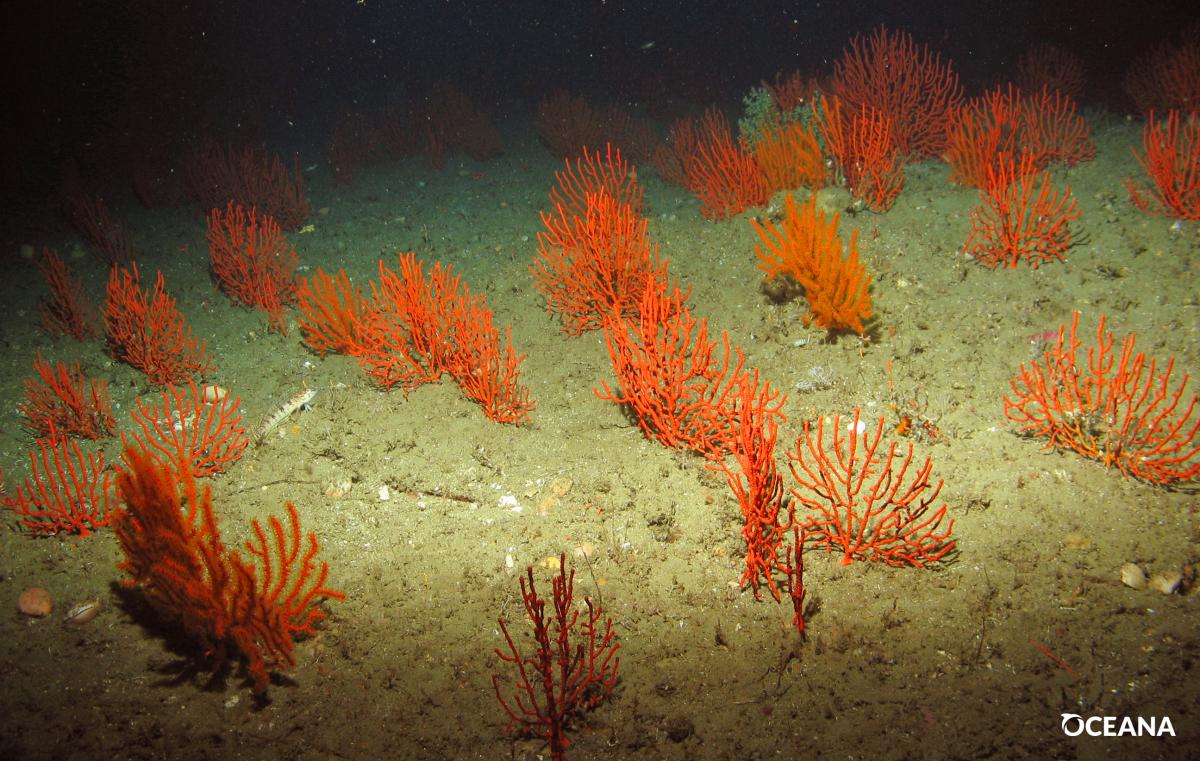 Some light penetrates from the surface at this depth, and we were able to see just how extensive the coral was. Our cameras captured amazing video of large rockfish hiding between full-size gorgonian corals and nursery grounds swarming with baby rockfish. Between the reefs were expanses of sandy seafloor, and as we crossed the sand to get to the next reef, the fish disappeared, which shows just how important the seafloor structures are as protection for fish.

On our way to the next dive site, another ocean sunfish visited us near the ocean surface. We got amazing underwater footage of this prehistoric looking fish simply by putting a GoPro camera two feet underwater.

Our last and final dive site was a place no one had ever explored. We were enticed to try this location by maps produced only a few weeks before our trip that indicated the presence of a rocky bottom right near the head of a massive underwater canyon. When the cameras reached the bottom, it was hard to believe how many tiny fish we saw. Rather than coral gardens, the habitat here was comprised of small boulders that are just the right size for juvenile rockfish. With very few large rocks around, it became clear we had stumbled upon a rockfish nursery in the boulders. As we continued, we passed into soft bottom habitat and the baby fish disappeared. This soft ocean floor had a completely different mix of species. There were many young flatfish perfectly camouflaged, sea urchins, sea stars and hundreds of tracks and mounds in the sand leaving clues of the creatures hiding below. Toward the end of the dive we came upon a single large boulder, and peeking out from beneath it was a wolf eel surrounded by crabs, fish, sponges and corals. 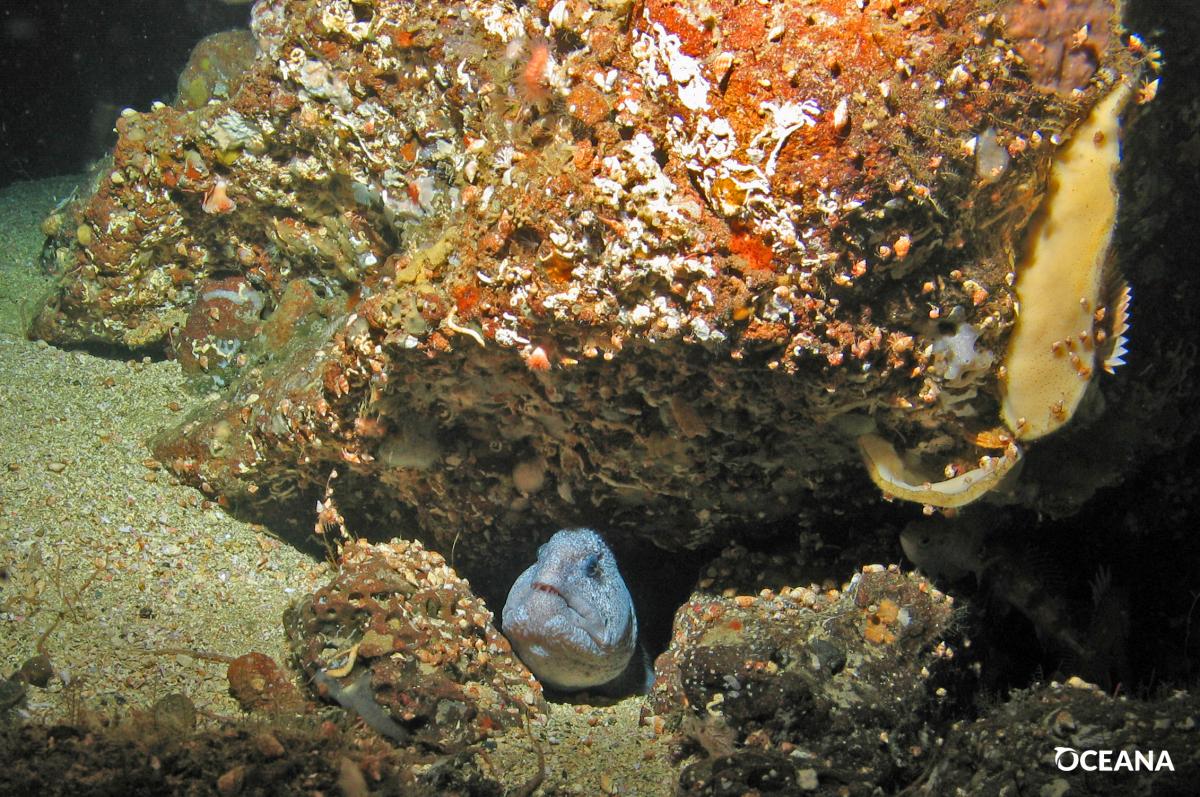 The boulder and eel were the final surprise before bringing the ROV back to the surface one last time. Seeing nursery areas teeming with small fish left us with a feeling hopeful that the bounty of our oceans can come back with the right protections in place.

The Oceana team would like to sincerely thank the Channel Islands National Marine Sanctuary and the crew of the R/V Shearwater for an outstanding job, as well as the NOAA Deep Sea Coral Research and Technology Program for advising on site selection and data collection methods. It was a pleasure to be at sea with the Marine Applied Research & Exploration team, and we recognize them for the exceptional operation of state-of-the-art ocean exploration technology that enabled us to capture amazing data and footage of the deep sea.

Now, back on land and reflecting on what we saw, it is clear that Southern California’s seafloor is a national treasure. Without a doubt, there are hundreds more coral gardens, like the ones we found, that have yet to be discovered. These undiscovered riches are why it is so important to take a precautionary approach before expanding bottom trawl fishing that may jeopardize the fragile seafloor structures and its inhabitants. As Alexandra Cousteau so eloquently stated, we don’t want to find new coral gardens by having them come up in a trawl net. We witnessed time and time again fish and other sea life depending on living structures for places to hide, lay their eggs, feed and use as nursery areas. Fish that end up on dinner plates need homes, food and shelter to survive, much like we do. The complex communities created by corals and sponges are the factories that produce our fish and provide for a diversity of life. The more we learn about the ocean, the more questions and mysteries arise. We were so lucky to be able to see these amazing places and are eager to share the images we captured.

Be sure to check out the feature article and video on the expedition that appeared in the San Diego Union Tribune.