Trawlers on the Seabed 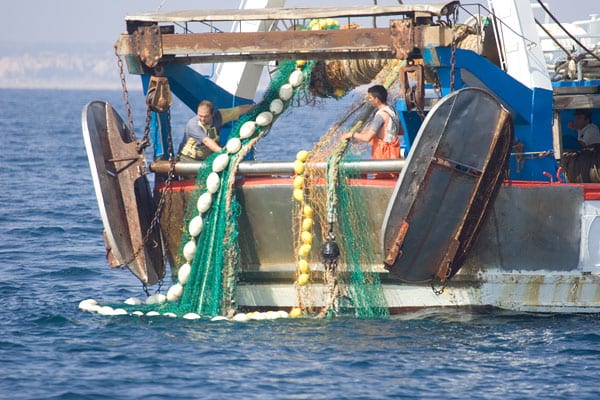 Today, we wanted to finish mapping the area where we found the gorgonians in order to delimit it and prepare a proposal for its protection. But when we reached the waypoint, our hearts were broken in two.

Two trawlers were fishing atop the sea beds we had documented the day before. The Nuevo Panchita and the Abuelo Pichin were illegally trawling their nets at approximately 23 meters depth and at less than six miles from the coast.

We reported this to the General Secretariat of Fishing and to the provincial office of the Agriculture and Fisheries Council of the Regional Government of Andalusia.

One of the trawlers picked up their tackle and left in a hurry; we think they left the top of the net in the water. The Nuevo Panchita, however, was still fishing in the same area six hours after we reported to the authorities, their nets loaded with the gorgonians they had ripped out of the sea bed.

It’s difficult not to imagine the tackle destroying the sea beds and the scars left behind. At 7 p.m., we tried the Guardia Civil, reporting the vessel to the patrol boat in the area, but they still had not arrived when we left and although we called again to ask, we didn’t get any more information until the trawler came into port shortly after we did and tied up at our side.