Congress has been making headlines for all the wrong reasons this holiday season, but news out of the Capitol this week could not be better for the nation’s burgeoning offshore wind industry.

As part of the so-called ‘fiscal cliff’ deal, Congress voted to extend the Investment Tax Credit (ITC), a crucial financing tool for offshore wind that makes investment in the clean energy industry much more attractive.

The ITC technically expired at midnight on New Year’s Eve, and, if left expired, could have jeopardized a new industry with the potential to generate tens of thousands of jobs and enough electricity to power the country four times over.  Luckily, the tax credit was extended at the eleventh hour.

“We couldn’t be happier that the ITC – the most critical tax incentive for the offshore wind industry – has been extended as part of the ‘fiscal cliff’ deal.  The inclusion of the ITC provides invaluable certainty to the financial sector that the offshore wind industry is a viable job-creating industry in the U.S. and helps to jumpstart this domestic clean energy resource. We need to capitalize on this great momentum to complete the transition to clean and renewable energy sources, like offshore wind, to reduce our dependence on dirty fossil fuels, create long-term domestic jobs, combat climate change and take the lead on clean energy development in the world.” 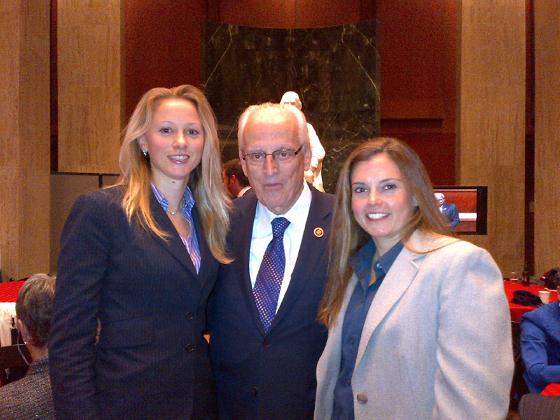 This huge victory would not be possible without your support. By passing the ITC, the United States has signaled that it is serious about developing the untapped wealth of clean, renewable wind energy off its shores.