Video: Meet Some of the Most Famous Satellite Tagged Sharks

From whales to sea turtles and caribou, both terrestrial and marine animals are satellite-tagged around the world. Satellite tags—radio transmitters that submit signals to orbiting satellites—are an effective way to study animal behavior, including foraging and migration patterns. Sharks are no exception, and scientists have been able to learn valuable information about shark behavior to better inform shark management from these resources.

Satellite tags are typically placed on sharks’ fins, and are designed to eventually detach, according to the RJ Dunlap Marine Conservation Program at the University of Miami. They can also pop off from collisions with coral reefs and other sharks, or can stop sending transmissions if they become covered in algae. Shark fins lack a nerve supply, so the tags do not cause pain.

Mary Lee may just be one of the most famous satellite-tagged sharks in the world. This great white makes the news quite often for her appearances along the Gulf and southeast Atlantic coasts, and even has her own Twitter page. This 16-foot long shark was originally tagged off Cape Cod in 2012, and was last tracked off Georgia on August 8. Katharine, another great white shark tagged by Ocearch off Cape Cod in 2013, has also been making the news lately for her activity around the Gulf. You can learn more about Mary Lee and Katharine on the Ocearch website.

You can learn more about Lydia and watch her tagging process below.

This 8-foot long great hammerhead was satellite-tagged in 2010 by RJ Dunlap researchers—the first of its species to be satellite-tracked and studied in literature. During the 62 days that Sawyer’s transmitter pinged, the researchers discovered that Sawyer swam 745 miles from south Florida to the middle of the Atlantic off New Jersey. This movement was likely for food, notes the researchers, and indicated a range expansion for great hammerheads from what was previously known. 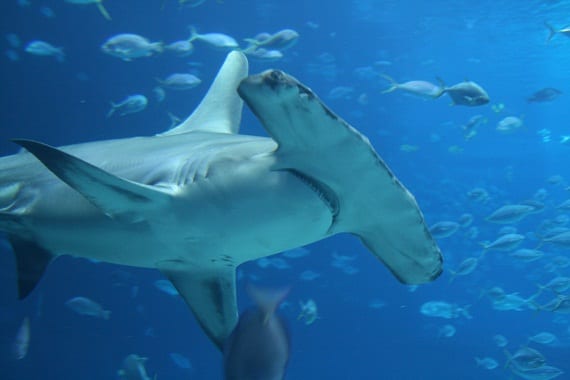 Before Lydia took the record of being the longest distance traveler for any shark, great white shark Nicole held that title. Nicole swam from South Africa to Australia and back—a distance of over 12,400 miles—and completed the first transoceanic trip known for any shark species. This shark, tagged in 2003, provided scientists with valuable information about great white shark migration and movement patterns. Nicole also has her own Facebook page.

This male shortfin mako shark was tagged in May 2013 and pinged for 14 straight months until this past July. Since researchers haven’t heard from 1-NSU in over a month, local media outlets in Florida issued a “be on the lookout” for this shark. Researchers are hoping that the tag simply fell off or stopped pinging. This mako shark logged 12,000 miles—the longest for any known mako shark—and even swam as far south as Venezuela. 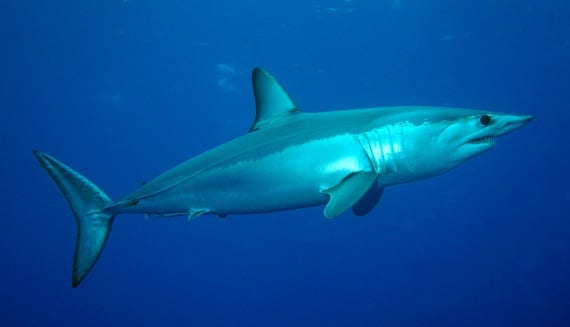