From the time they hatch and bravely crawl towards the ocean, sea turtles face many obstacles like falling prey to crabs, gulls, and sharks—and only one in 1,000 to 10,000 are estimated to survive to adulthood. Even those sea turtles that beat the odds can find themselves wounded and threatened by fishing gear, plastics, and boat strikes. Thankfully, rehabilitation centers like the Karen Beasley Sea Turtle Rescue and Rehabilitation Center in Topsail Island, North Carolina give hope to those turtles unlucky enough to be injured.

A new National Geographic video highlights the remarkable work of Jean Beasley—founder and director of the Karen Beasley Sea Turtle Rescue and Rehabilitation Center—and her facility, as well as the importance of rescuing and saving sea turtles everywhere.

National Geographic is not the only organization to take notice of Jean and her outstanding work. In 2013, Jean was voted Oceana’s Ocean Hero—an award that recognizes a leader in ocean conservation and advocacy. Jean was among hundreds of nominees and a dozen inspiring finalists, but was the clear winner with over 7,000 votes.

“I was a bit incredulous. I know that all the people that were nominated were worthy,” Jean said on receiving the award. “I also have really strong feelings about the fact that it takes us all—whatever people are passionate about and whatever they’re doing and wherever they are—to help the oceans, and help the planet, and it benefits us all.” 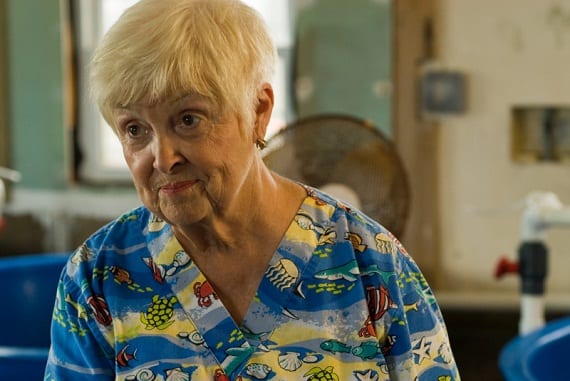 In this video, National Geographic follows Jean and her team as they rescue, care for, and eventually release the many turtles that come through their center and impact the staffs’ lives. The video shows how releasing a turtle back into the ocean can be a bittersweet moment for volunteers—ecstatic to save a turtle but sentimental to say goodbye to a friend.

Starting out as a single tank in a backyard, the Karen Beasley Sea Turtle Rescue and Rehabilitation center is now a 900 square-foot facility. Since its creation 17 years ago, Jean, along with numerous volunteers, have rescued and released over 300 turtles. The center rehabilitates a variety of sea turtles species—such as greens and loggerheads—from injuries most commonly caused by entanglement in fishing gear, consumption of plastics, boat strikes, and cold stuns.