Sharks are still in danger, not just in the U.S. but around the world. WildLifeRisk, a Hong Kong-based conservation group, has recently revealed the world’s largest shark slaughterhouse, which processes hundreds of shark carcasses every year to provide oil for health and cosmetic products, meat and fins for restaurants, and skins for handbags.

This particular company processes more than 600 whale sharks every year—the largest living fish on the planet that is at risk of becoming extinct. Whale sharks are gentle giants, moving slowly through the water as they eat microscopic plants known as plankton. The facility also processes basking sharks and the iconic great white shark. The fins of these sharks are used for shark fin soup, the controversial dish that spurs demand for illegally-finned shark parts. These shark species are largely prohibited from trade for conservation reasons, so this factory in is violating multiple regulations and trade agreements. But their products likely make it into U.S. markets. 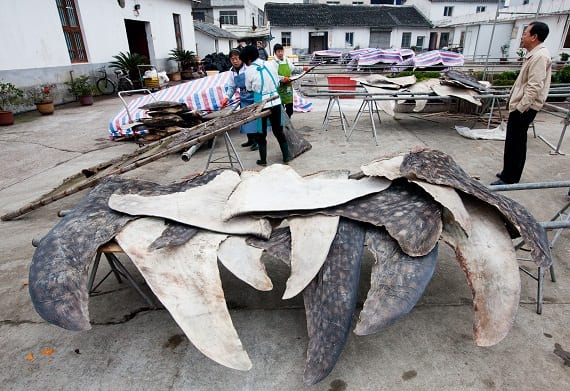 Instances of illegal harvest and trade of protected sharks are precisely why Oceana is working to close trade routes for shark fins and associated illegal shark products. State by state, Oceana and our NGO partners are working to implement shark fin trade bans to diminish the demand for illegal and unsustainable shark fishing around the world.

Our work for sharks is not nearly finished. We can only ensure the survival of our shark populations if we use all the tools at our disposal—sound science, finning and trade bans, sustainable fisheries management, international collaboration, targeted public awareness campaigns, and the enforcement of existing regulations. Illegal slaughter on this scale is unacceptable and puts future generations of sharks at risk. 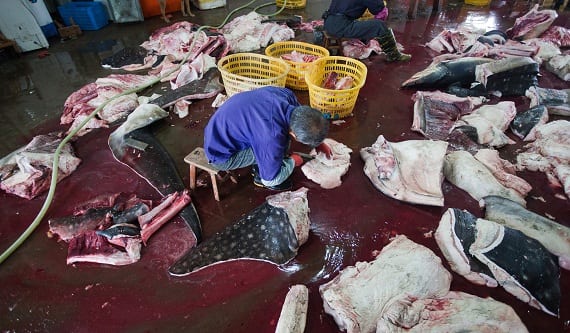