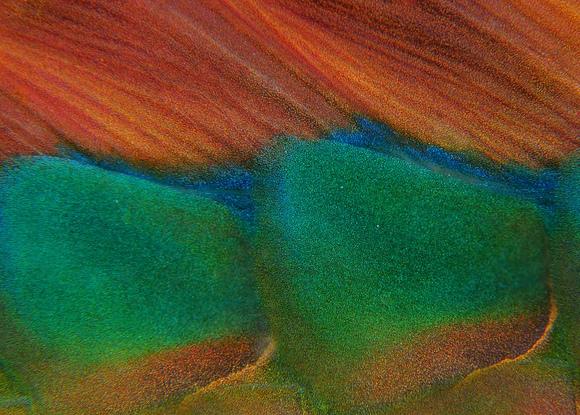 These are the iridescent scales of the stoplight parrotfish captured during an Oceana expedition off of Key Largo. So named because of thier unique coloration (the fish even changes from red to green as it gets older), the vividly decorated stoplight parrotfish feeds mainly on coral polyps, tearing off and crushing chunks of coral skeleton with its parrot-like beak in order to devour the symbiotic algae that lives on it, known as zooxanthellae. After digesting the coral it comes out on the other end as limestone sand. A single parrotfish is able to produce a ton of the stuff in a year. 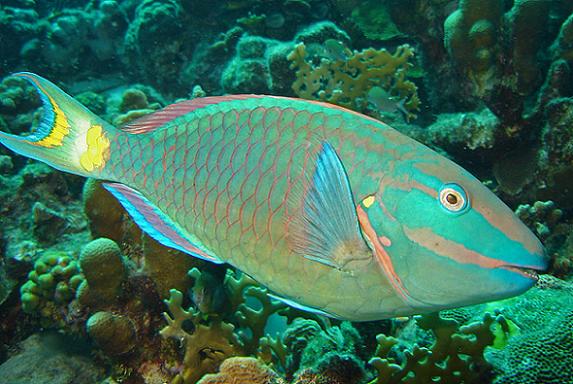