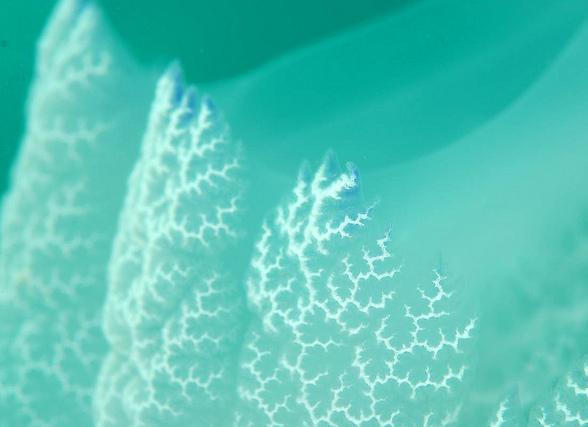 If you guessed that the picture is a portrait of the oral arms of the jellyfish Rhizostoma Pulmo you are correct! (and likely a PhD marinebiology student). This ethereal close-up was captured during one of the Oceana Ranger‘s cruises in the Mediterranean. Below is the animal in full. 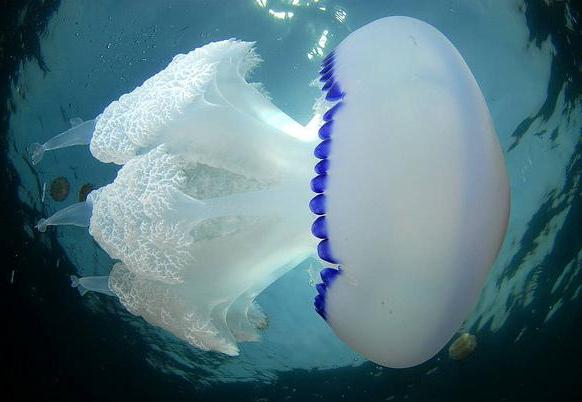 These jellies live in the Northeast Atlantic and the Mediterranean. Like many jellyfish, Rhizostoma pulmo can sting, but are not considered dangerous to humans. Their umbrella can reach more than a foot and a half. In 2006 Oceana senior scientist Margot Stiles had the opportunity to dive in the Mar Menor in Southeast Spain and described this jellyfish’s “beauty and extraterrestrial nature”:

“The pearl-colored bell with a scalloped purple edge of Rhizostoma pulmo opens and shuts around complicated arms shaped like cauliflower or maybe brains. The oceanographer we hosted on board mentioned that its latin name ‘pulmo’ refers to its appearance reminiscent of a human lung.”