Welcome to Shark Fact Friday, a (mostly) weekly blog post all about unique sharks and what makes them so awesome. This week’s post is about three whitetip reef sharks that showed up in a very unexpected place.

The whitetip reef shark got its name from the white tips on their first dorsal fin and tail, making them easy to distinguish from other reef sharks. They are a common sight on tropical and subtropical reefs exclusively in the Indian and Pacific oceans…which is why researchers were surprised to find three whitetip reef sharks in the Atlantic off the coast of Brazil! 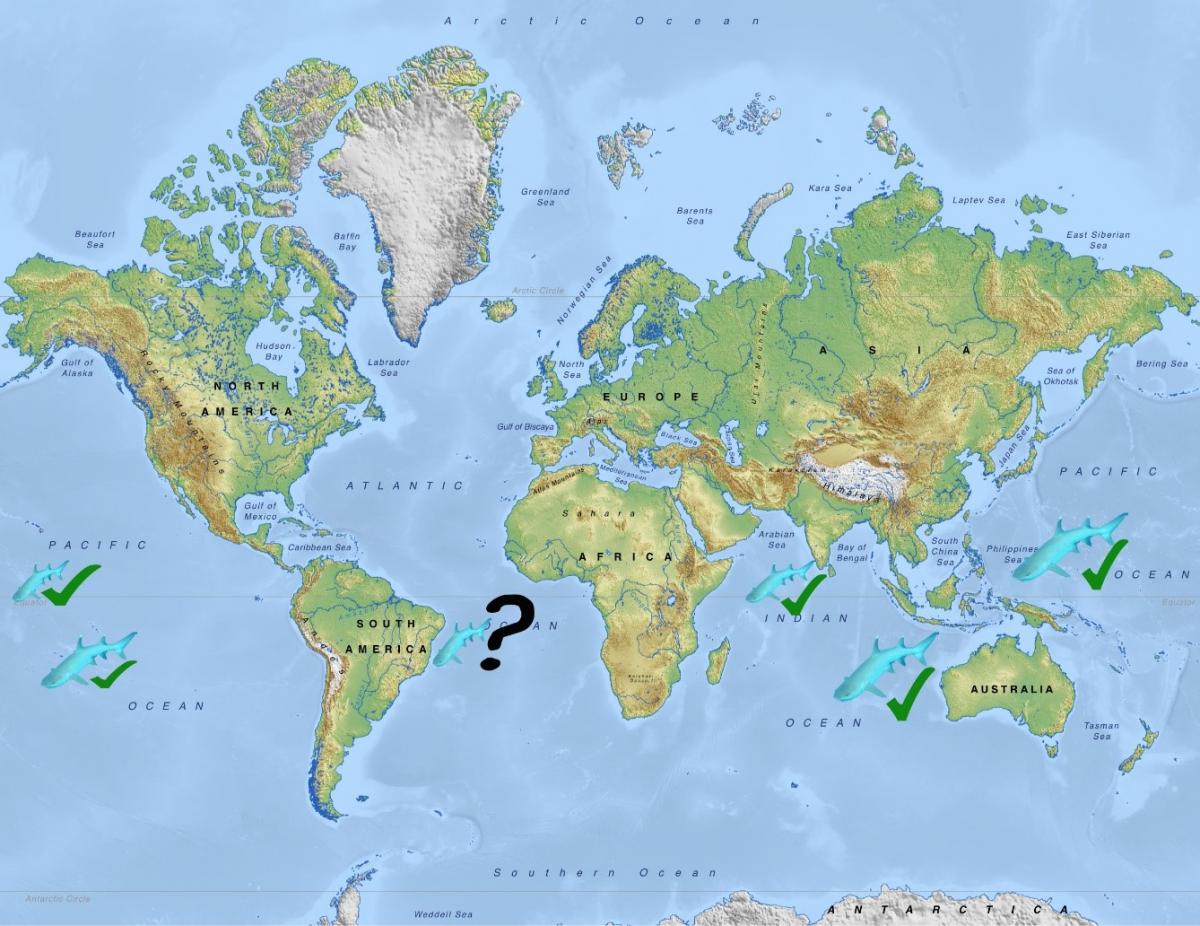 In 2013, scuba divers came face to face with three whitetip reef sharks while diving on an artificial reef off the Paraná coast of southern Brazil. The water around this area has low visibility and is generally considered bad for diving, so the three sharks have not been seen again since. This species usually has small home ranges and can normally be found resting in caves and crevices during the day, so how in the world did they end up on the other side of the world?

Scientists have two theories as to what might have happened:

First, it’s possible that despite their sedentary lifestyle, these three individuals simply swam there. A new study into these three whitetip reef sharks states that they could have traveled along several warm ocean currents from the Indian Ocean, around the southern tip of Africa, and into the Atlantic. It’s also possible that they could have island hopped from the Ascension Islands to St. Helena and finally to the artificial reef in Brazil. 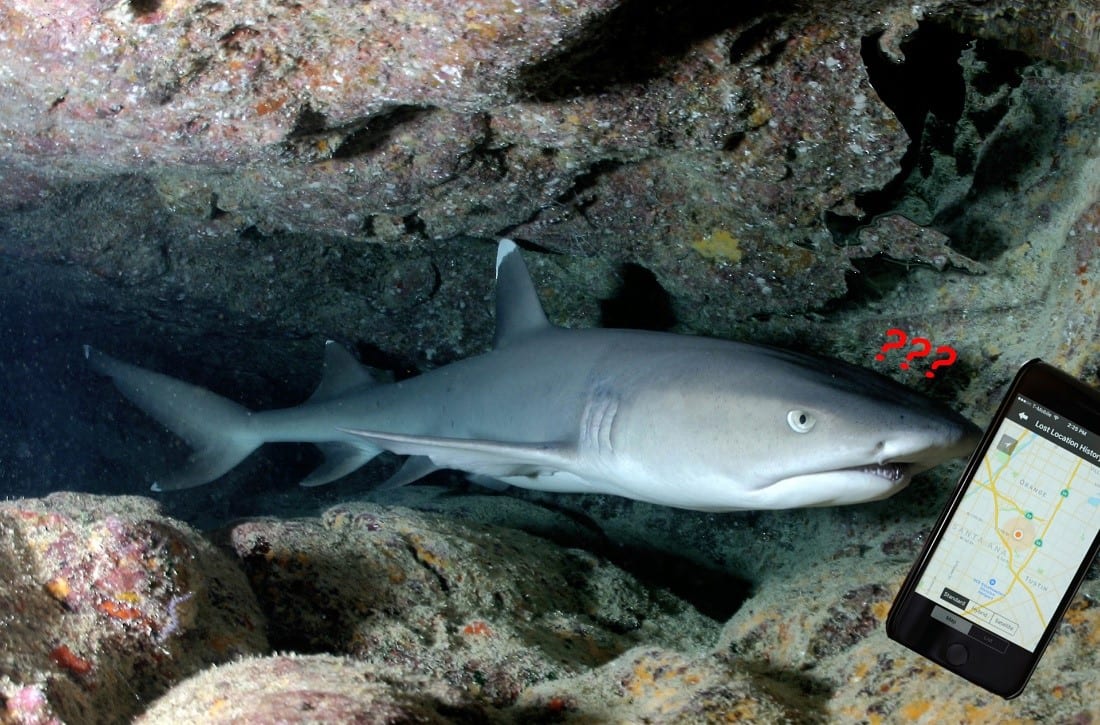 The second theory is that these sharks were previously held in an aquarium and when they got too big, they were released into the Atlantic Ocean. The whitetip reef shark is commonly displayed in public and private aquaria around the world, and in Brazil, multiple new public aquariums have resulted in an increase of these sharks imported into the country. The authors of the study hypothesize that as these animals grow larger, aquarists may choose to release them into the wild rather than euthanize them when they outgrow their aquariums. 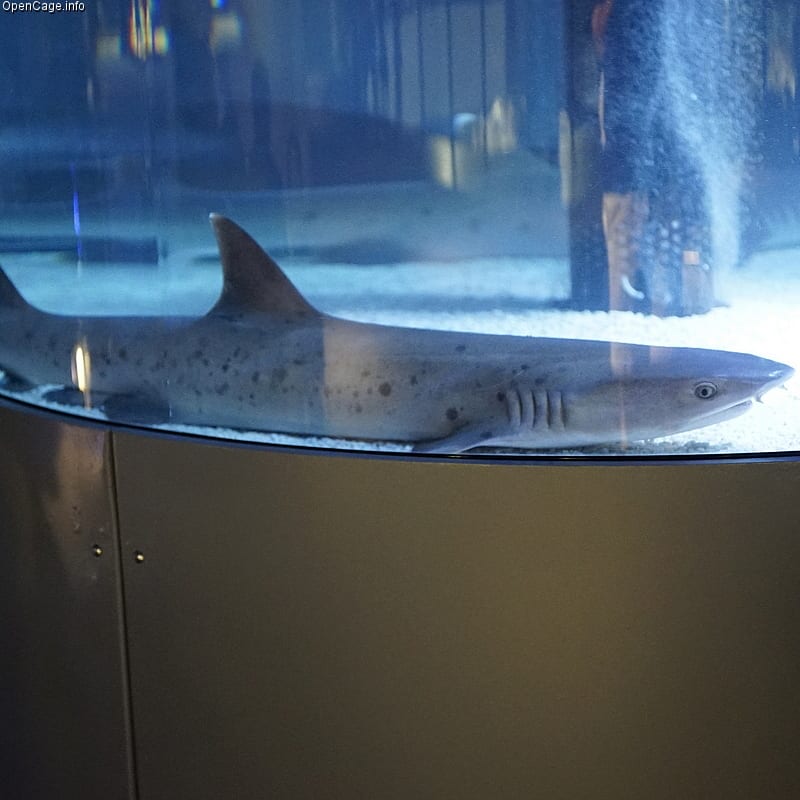 The introduction of this species into a new ecosystem could have serious ecological consequences, including competing with predators for resources such as food. We will have to wait and see if humans spot them in the Atlantic Ocean again!