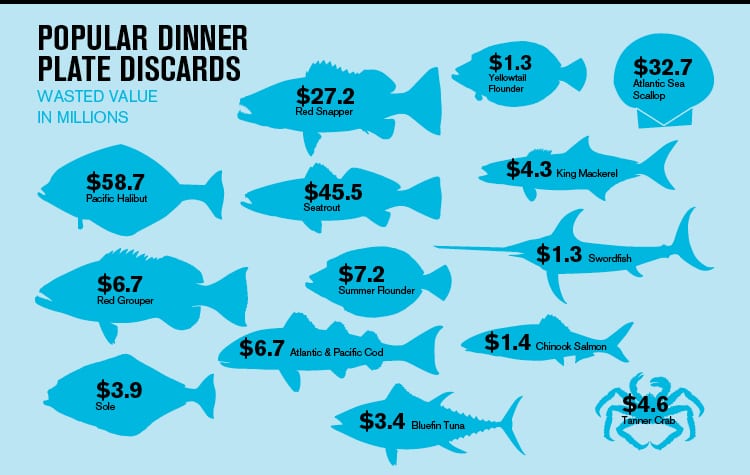 The fishing industry in the United States is an important part of the economy, generating $82 billion in sales and supporting 1.2 million jobs. Unfortunately, much of this value could be undercut by bycatch, the capture and discarding of non-target fish and ocean wildlife at sea, often already dead or dying. According to estimates by the National Marine Fisheries Service, 2 billion pounds of fish are thrown out by fishermen every year, representing a great deal of ecological and economic waste. Oceana’s analysis calculates that discarded fish could be worth at least $1 billion annually.

Besides the economic impacts, bycatch also remains one of the largest threats to the health of marine ecosystems , contributing to global overfishing and the decline of fish populations all over the world, as noted in Oceana’s report Wasted Catch: Unsolved Problems in U.S. Fisheries. Fishermen discard fish for three main reasons: the fish are poor quality, have low market values, or regulations prohibit them from being kept. These discarded fish have real value both ecologically within their ecosystems and economically to fishermen. 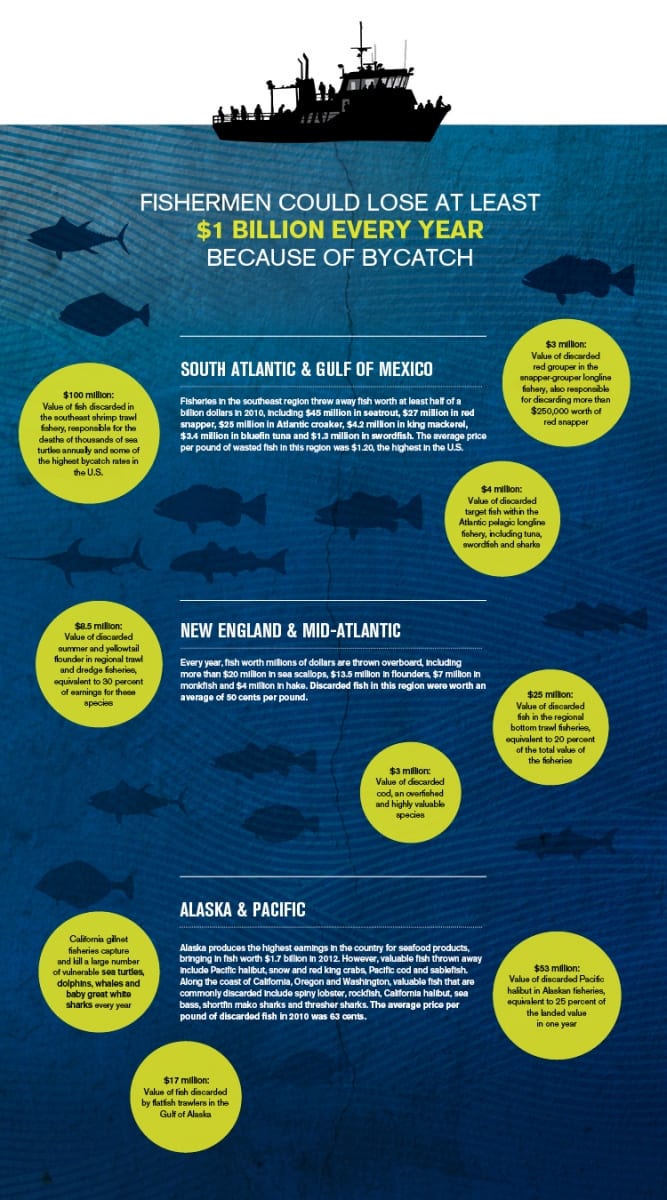