Facts About Shell Oil’s Problems in the Arctic in 2012

In the latest in a long string of mishaps and near disasters that plagued Shell Oil the last time they tried drilling in the Arctic Ocean, the company’s drill rig, the Kulluk, ran aground near Kodiak, Alaska on December 31, 2012.

The area in which the Kulluk grounded is critical habitat for endangered Steller sea lions and threatened sea otters, and there are important fisheries in the area that support Alaska’s economy. Thankfully, the incident resolved without loss of life or substantial harm to sensitive habitat. This latest accident came after a drilling season full of problems and near disasters; the New York Times Magazine ran an excellent piece in 2015 that told the entire story of Shell’s disastrous Arctic misadventures.

Shell spent six years and more than $4 billion in its effort to drill in Arctic waters. As we have been shown again and again, Alaska’s seas are unforgiving. Shell was not been able to conduct any phase of its operations without substantial problems. This grounding was yet another reminder that we are not ready to drill in the Arctic Ocean, and was the beginning of the end of Shell’s Arctic Ocean activities. 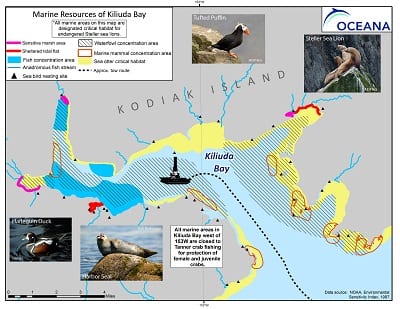 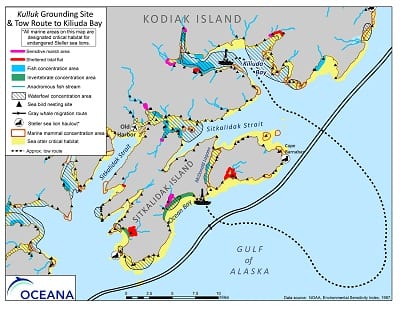 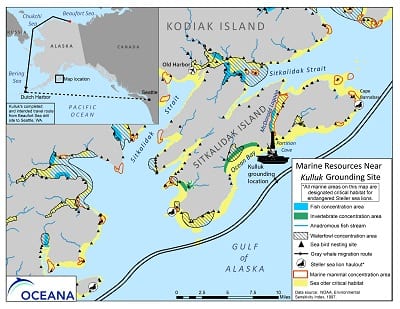 Fact Sheet on Weather in the Gulf of Alaska

Fact Sheet on Department of the Interior Approvals for Shell