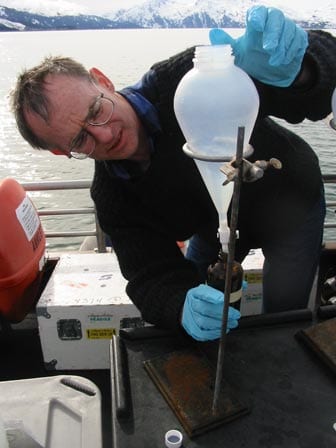 Dr. Jeffrey Short, Oceana’s Pacific Science Director, recently retired from a 31-year career as a research chemist at NOAA, where he worked primarily on oil pollution and other contaminant issues.

He was the leading chemist for the governments of Alaska and the United States for the natural resource damage assessment and restoration of Exxon Valdez oil spill, and guided numerous studies on the distribution, persistence and effects of the oil.

These studies led to discovery of an oil toxicity mechanism hundred-fold more effective than realized previously, garnering him a bronze medal from the U.S. Department of Commerce, and to the first fully quantitative assessments of oil remaining on beaches anywhere.

Dr. Short is the author of more than 60 scientific publications and has contributed to 3 books.