The Oceana Latitude set sail from Fort Lauderdale, Florida in August, 2010 and traveled through a variety of ecosystems in the Gulf of Mexico affected by the oil spill. 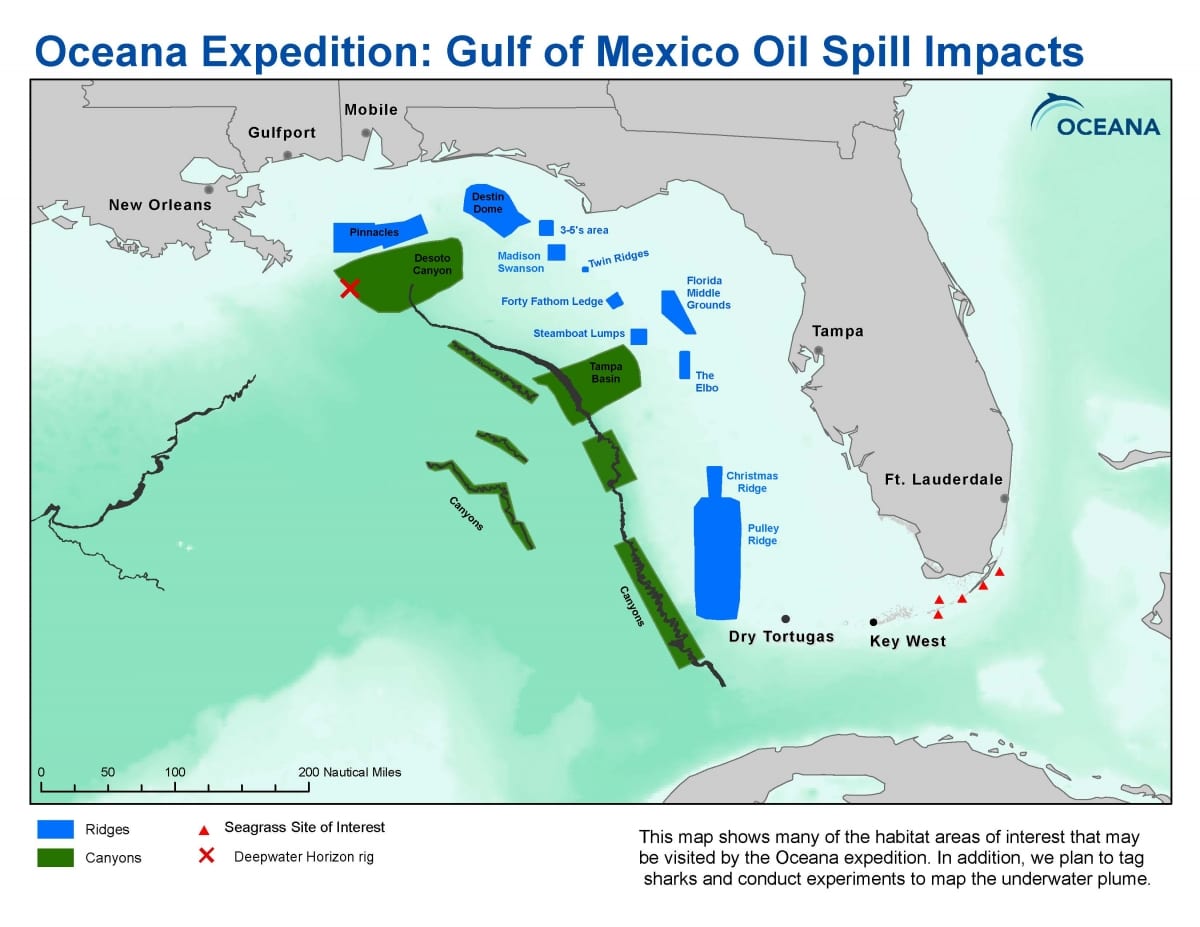