Infographic: Fishing Down the Food Chain

Overfishing alters ocean ecosystems, leading to fewer and smaller fish over time.  Historically people have often targeted the largest fish for food, like tuna, cod, and salmon. Once overfishing begins, fishermen must spend more time and resources searching for the same fish as they become scarcer, using increasingly powerful technology to find the last hidden fish. 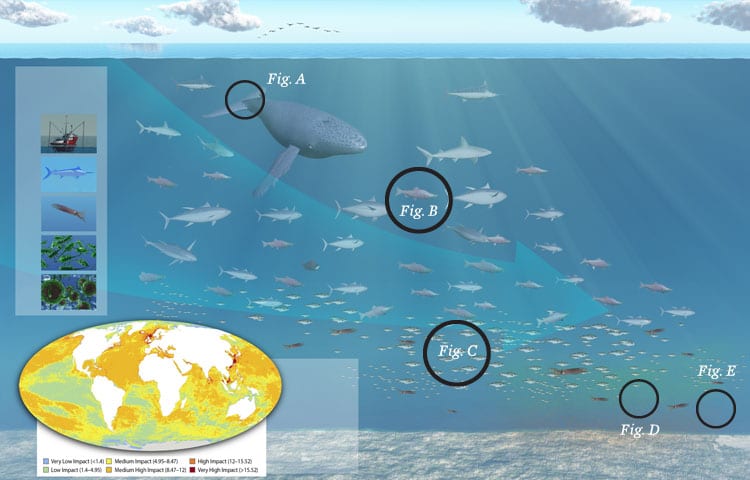 If overfishing isn’t stopped, these fish eventually run out and overfishing expands to previously untargeted, usually smaller spe­cies, some of which were considered undesirable. As a result, the world catch is now primarily made up of small fish like pollock rather than large predators like grouper, and this shift to smaller and smaller species over time is called “fishing down the food chain.”