A: Offshore wind has existed for about 20 years, and has become an important part of Europe’s energy mix. Europe’s total installed offshore wind capacity was about 2 gigawatts in 2009 – or about the size of a very large nuclear power plant, with an additional 100 gigawatts of proposed or developing projects. Some of the United States’ best wind resources lie off the coasts – which have the added benefit of being near large population centers where the electricity is needed.

A: Offshore wind can supply electricity at competitive prices today. In fact, developing the amount of offshore wind energy described in Untapped Wealth (127 GW) would cost about $36 billion less over 20 years than the estimated cost of producing oil and natural gas combined.  By investing in offshore wind on the East Coast, instead of offshore oil and gas, Americans would get more energy for less money.

Q: Can offshore wind create as many jobs as the oil and gas industry?

A: Offshore wind could create about three times more jobs than the offshore oil and gas industry. In addition, offshore wind jobs are more permanent, whereas the permanence of oil and gas jobs is in question since oil and gas supplies are finite, unlike renewable sources.

A: Unlike fossil fuels, wind does not cause climate change or acidification of the oceans. Offshore wind projects can be designed to minimize environmental impacts by using new techniques and technology in the construction, operation and decommissioning process, and by protecting the environment in the siting process. Unlike coal and oil, there are no environmental costs to drill, dig, mine, refine, transport, or dispose of wind. As a result, the environmental impacts of wind power are miniscule when compared to the impacts and risks of other forms of energy production, particularly oil, coal, and natural gas.

Q: Isn’t wind difficult to transport to where it is needed?

A: Offshore wind power on the Atlantic coast is located near population centers where electricity demand is highest, minimizing the need to transport the energy long distances. In the U.S. coastal states account for more than three-quarters of U.S. electricity consumption. In addition, at this time, offshore wind is less expensive than other renewable energy alternatives. In some cases, it could actually lower electric bills. The United States needs to reduce its dependence on fossil fuels by investing in renewable energy alternatives, like offshore wind.  Offshore wind is ready for commercial development and uses technology that has been successfully deployed in Europe for many years.

Q: What states could benefit most from installing offshore wind?

Q: What is needed in order to make the transition from offshore oil to offshore wind?

A: Federal subsidies for fossil fuels need to be eliminated and these funds should be redirected to renewable energies and energy efficiency programs. Next, all new offshore oil and gas drilling should be stopped to prevent future spills and minimize competition for resources and expertise that will slow the development of offshore wind energy. Finally, leasing of installation vessels for offshore wind turbine construction should be given priority so that it is not impeded by offshore oil and natural gas development. 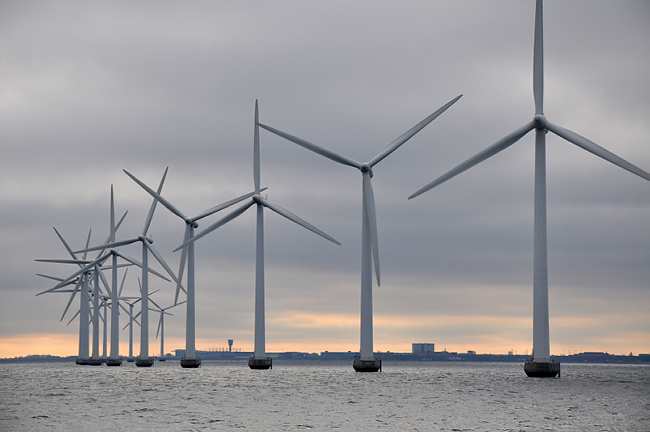