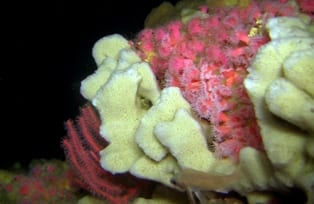 The Monterey Bay portion of the expedition will focus on augmenting sites explored last year in deeper depths (up to 1,200 feet) and survey areas currently protected from bottom trawling that are under threat of being re-opened to this destructive practice.

The Monterey Bay and Carmel Bay region is an extraordinary marine area of global ecological significance. This region contains three submarine canyons; extensive living seafloor habitat of corals, sponges, and other animals; iconic marine animals including whales, sea turtles, and dolphins; as well as a myriad of fish including great white sharks and many rockfish species. 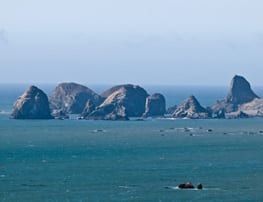 In Oregon, the expedition will focus on exploring and documenting Important Ecological Areas and previously proposed Marine Protected Areas currently being considered in Oregon’s territorial sea and federal waters, at a range of depths and habitat types.

Oceana has identified 31 Important Ecological Areas off the Oregon coast, identified threats to those areas, and has worked with a diverse coalition to propose a network of marine protected areas and marine reserves.

Home to gray whales, salmon, puffins, and life giving swarms of krill, the Pacific Ocean off Oregon is one of the richest temperate marine ecosystems in the world.

Oregon’s waters are a critical stop on the migratory route of more than 20,000 gray whales traveling between the Arctic and Baja California. Below the surface are hundreds of species of fish such as salmon, rockfishes, and smelts, and invertebrates such as anemones, crabs and sea stars, that make the rocky reefs, kelp forests and deep ocean waters their home. 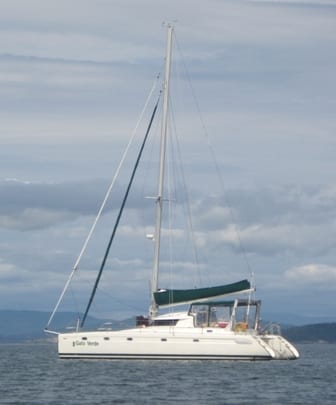 The Washington leg will explore habitats for overfished rockfish species and search for coldwater corals and sponges in the Olympic Coast National Marine Sanctuary. Documentation of Washington’s seafloor habitats will be an important tool to keep current seafloor habitat protections in place and to identify other habitats essential to biodiversity and fish productivity for possible future protections.