Oceana released a new analysis today identifying some of the most endangered and vulnerable species at-risk from the devastating oil spill taking place off the coast of Huntington Beach, Calif. As part of its assessment, Oceana mapped the locations of ecologically diverse and economically valuable ocean resources most susceptible to oil contamination, which it says is critical to understanding potential implications and informing resource damage assessments.

“Toxic oil spills don’t discriminate in polluting ocean ecosystems. From the seafloor to the ocean’s surface, the waters off Southern California contain some of the most endangered species and fragile habitats on the West Coast,” said Geoff Shester, California campaign director and senior scientist at Oceana. “While the extent of the damage to oiled habitats and wildlife, and the economic implications of closed fisheries are still unfolding, we hope that this analysis will help inform response efforts and that it will be considered when ensuring the responsible party is held fully liable for damages that could have been prevented. Wildlife and coastal economies cannot continue to be jeopardized by dangerous offshore drilling. It’s past time to permanently protect our coast from offshore drilling.” 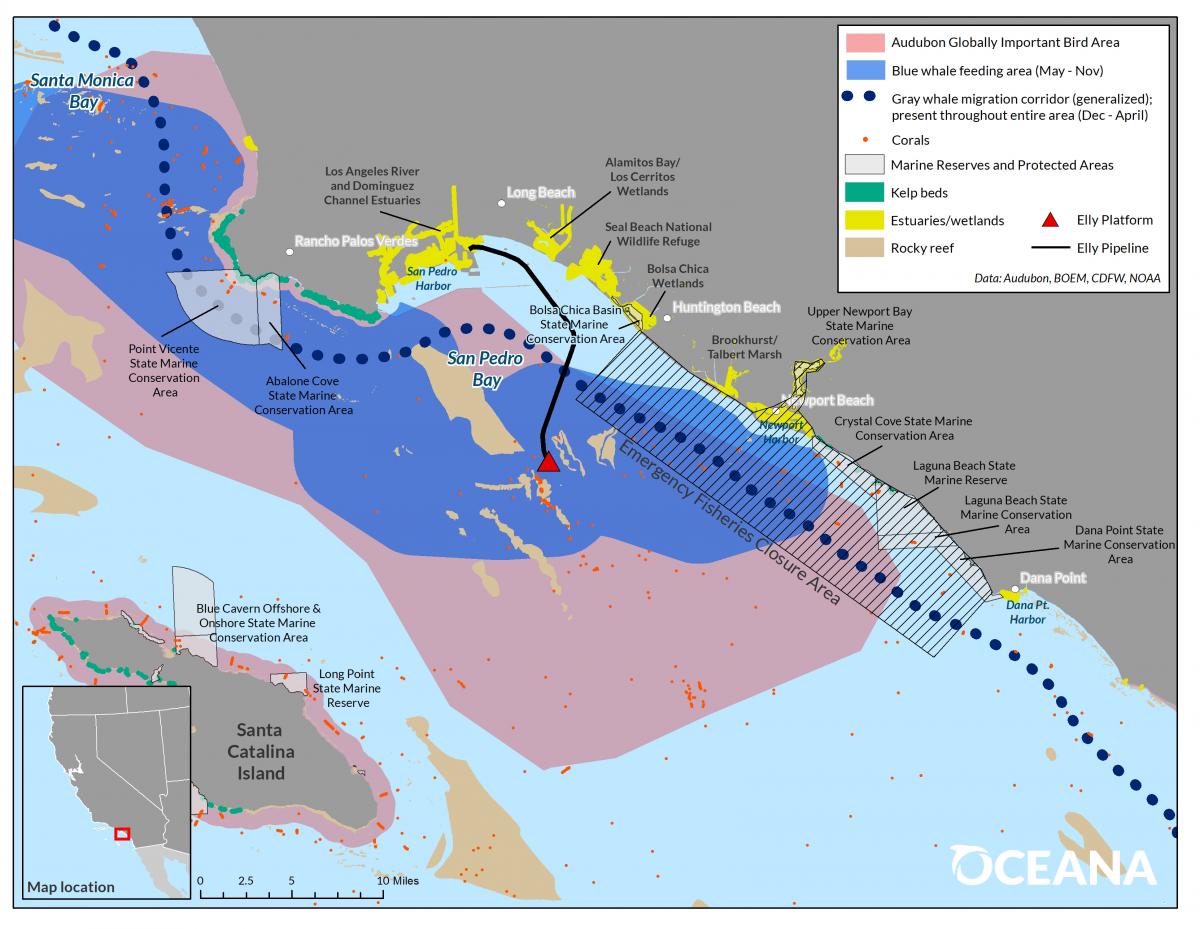 Oceana is calling on Congress to permanently protect the Pacific, Atlantic, and Gulf Coast of Florida from offshore drilling as part of the Build Back Better Act. A recent Oceana  analysis  found that ending new leasing off the coast of California would safeguard California’s clean coast economy, which collectively supports around 654,000 jobs and over $50 billion in GDP. Nationwide, the U.S. clean coast economy supports around 3.3 million American jobs and $250 billion in GDP.

Oceana’s analysis also found that ending new leasing for offshore oil and gas in the United States could prevent over 19 billion tons of greenhouse gas emissions as well as more than $720 billion in damages to people, property, and the environment nationally.

“We need the federal government to stop selling off our oceans for offshore drilling and Congress can make sure that happen in the Build Back Better Act, which is currently being negotiated,” said Diane Hoskins, campaign director at Oceana. “We know that oil is toxic. We know we shouldn’t eat it, breathe it, or swim in it. But for marine wildlife, that’s not an option when oil spills occur. This disaster is in part due to decisions made more than 30 years ago. It’s time to permanently protect our oceans from any more offshore oil and gas leasing.”

As of today, opposition and concern over offshore drilling activities includes:

For more information about Oceana’s efforts to stop the expansion of offshore drilling, please click here.