The majority of swordfish caught off California are captured with mile-long nets that sit 200 feet below the ocean’s surface overnight. These drift gillnets are indiscriminate in that they catch anything that swims into them, including whales, dolphins, sharks, and sea turtles. When marine animals become entangled they are not able to surface for air or pass water over their gills (in the case of fish) and drown.

Historically, swordfish off California were skillfully caught with harpoons, allowing fishermen to catch swordfish one by one with virtually zero bycatch (unintended catch). The fishery transformed from a predominantly harpoon fishery to primarily a drift gillnet fishery in the early 1980s when driftnets became legal to use, however, with high levels of bycatch.

While some fishermen still catch swordfish with harpoons, recent innovations and experiments off California have shown that another gear type also successfully catches swordfish with minimal bycatch: deep-set buoy gear.

Deep-set buoy gear uses a floatation device from which a single line hangs, with no more than three baited hooks attached. The hooks hang deeper in the water than where many marine animals, like sea turtles, congregate, decreasing the chances of snaring other wildlife, while more selectively targeting swordfish as they feed at depth during the day. As soon as a swordfish strikes, fishermen quickly retrieve the gear and land their catch. The swordfish landed are fresh and in pristine condition, as opposed to being left entangled overnight in a drift gillnet. If the hooks catch something other than swordfish, fishermen can release the animal quickly, decreasing the chance of injury and increasing its chance of survival. 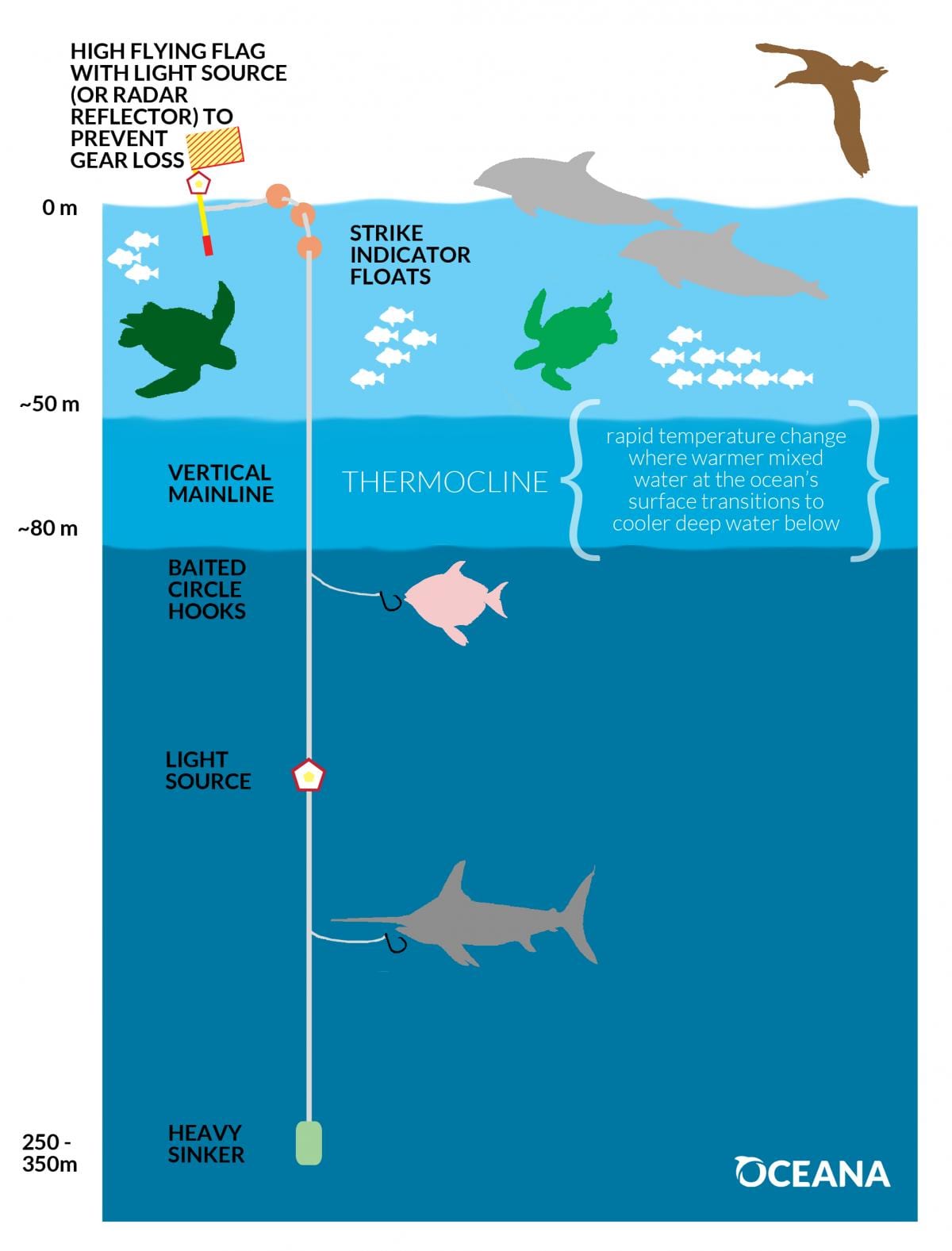 In a series of experiments from 2011 to 2014, only six percent of buoy gear catch was discarded, and no sea turtles, whales, or dolphins were caught. In comparison, drift gillnets entangle many species of large marine mammals and 64 percent of what is caught is tossed overboard, on average.  In 2015 and 2016, the Pacific Fishery Management Council authorized commercial fishing with buoy gear through an exempted fishing permit and the results further demonstrate this gear is both profitable and has minimal bycatch.  Because swordfish caught with buoy gear and harpoons are landed fresh and without net damage, buoy gear and harpoon-caught swordfish earn a much higher price per pound than drift gillnet-caught swordfish.

It’s high time we phase out drift gillnets and replace them with gear that has shown to successfully catch swordfish with little to no bycatch.

Learn more about the benefits of buoy gear in this fact sheet.