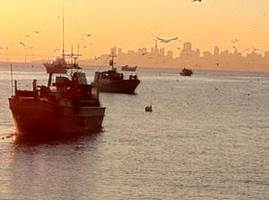 Pacific herring vary seasonally and geographically in abundance throughout their range from Alaska to California. These small fish are a forage species, and at each stage of their life history from egg to adult they are a source of food for many marine mammals and seabirds.

Pacific herring have also been sought after by both commercial and recreational fishermen over the years. San Francisco Bay, however, is the only current hub of commercial herring fishing in California. The San Francisco Bay herring fishery is an iconic part of the history and culture of the area, often referred to as one of the few remaining “urban” fisheries because nets are sometimes deployed in the city itself right off Fisherman’s Wharf and the Embarcadero and Sausalito waterfronts.

In response to low herring returns in recent years, fishery managers adopted precautionary catch limits below 10 percent of the estimated size of the spawning herring population in San Francisco Bay. In addition, the fishery has a wide array of gear restrictions and many areas are closed to fishing to help protect herring populations.

To help ensure these precautionary measures continue, Oceana partnered with Audubon California, the herring industry, and California fishery managers to develop a first-of-its-kind Fishery Management Plan for Pacific herring that codifies the existing, good management of the fishery while ensuring the needs of the greater ecosystem are also considered. Oceana served on the Steering Committee during the plan development, helped raise funds to complete the plan, and worked with stakeholders to ensure it continues a precautionary management approach and progressively incorporates ecosystem considerations into management, per the California Fish and Game Commission’s 2012 Forage Species Policy, upon which Oceana helped advise. The Plan is the first of its kind that complies with that Forage Species Policy which aims to enhance protections for these vital species that support the entire ecosystem.

The Fish and Game Commission unanimously adopted the Pacific herring Fishery Management Plan in October of 2019.

Click on either image below for a larger version of our factsheet on Pacific herring, which describes this collaborative process and the regulatory changes to the fishery. 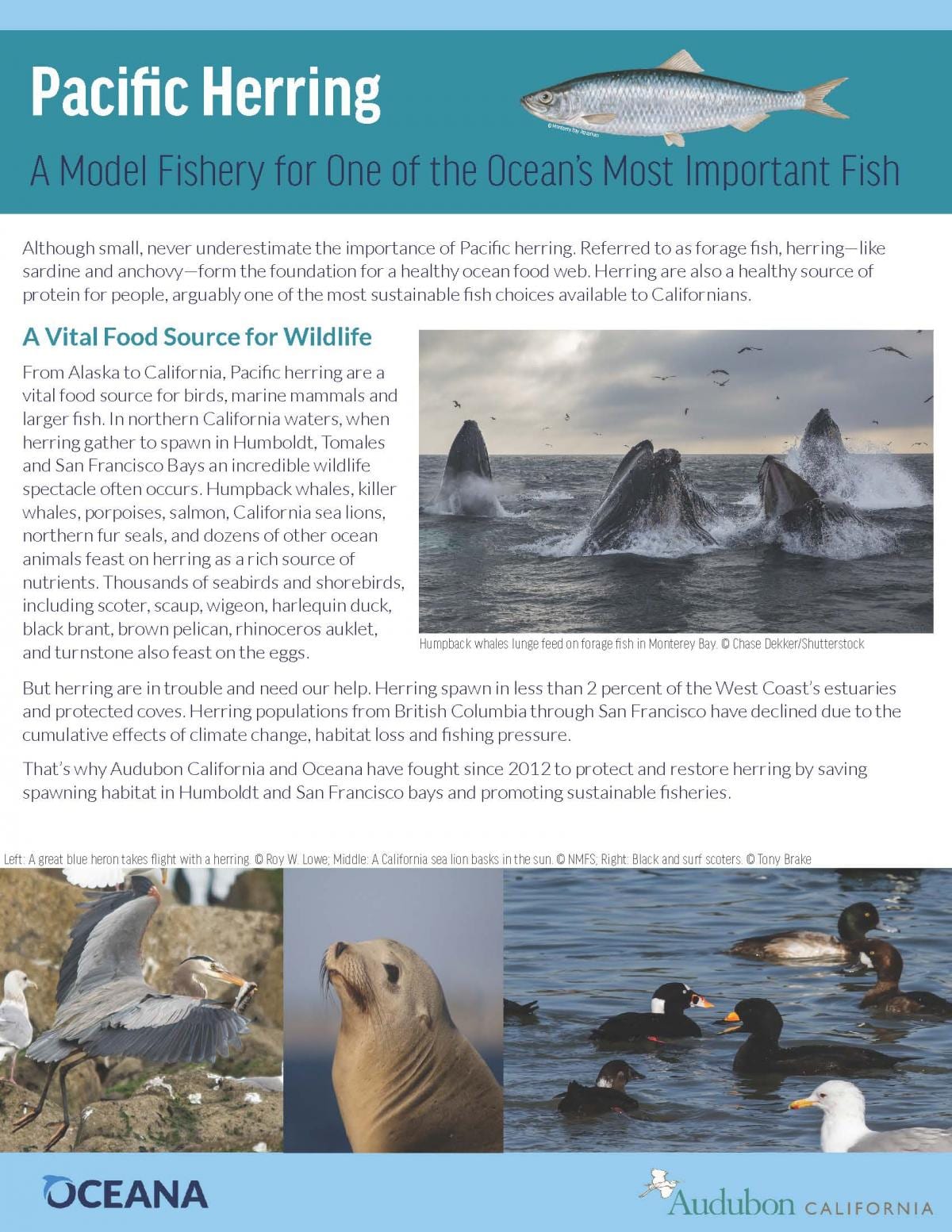 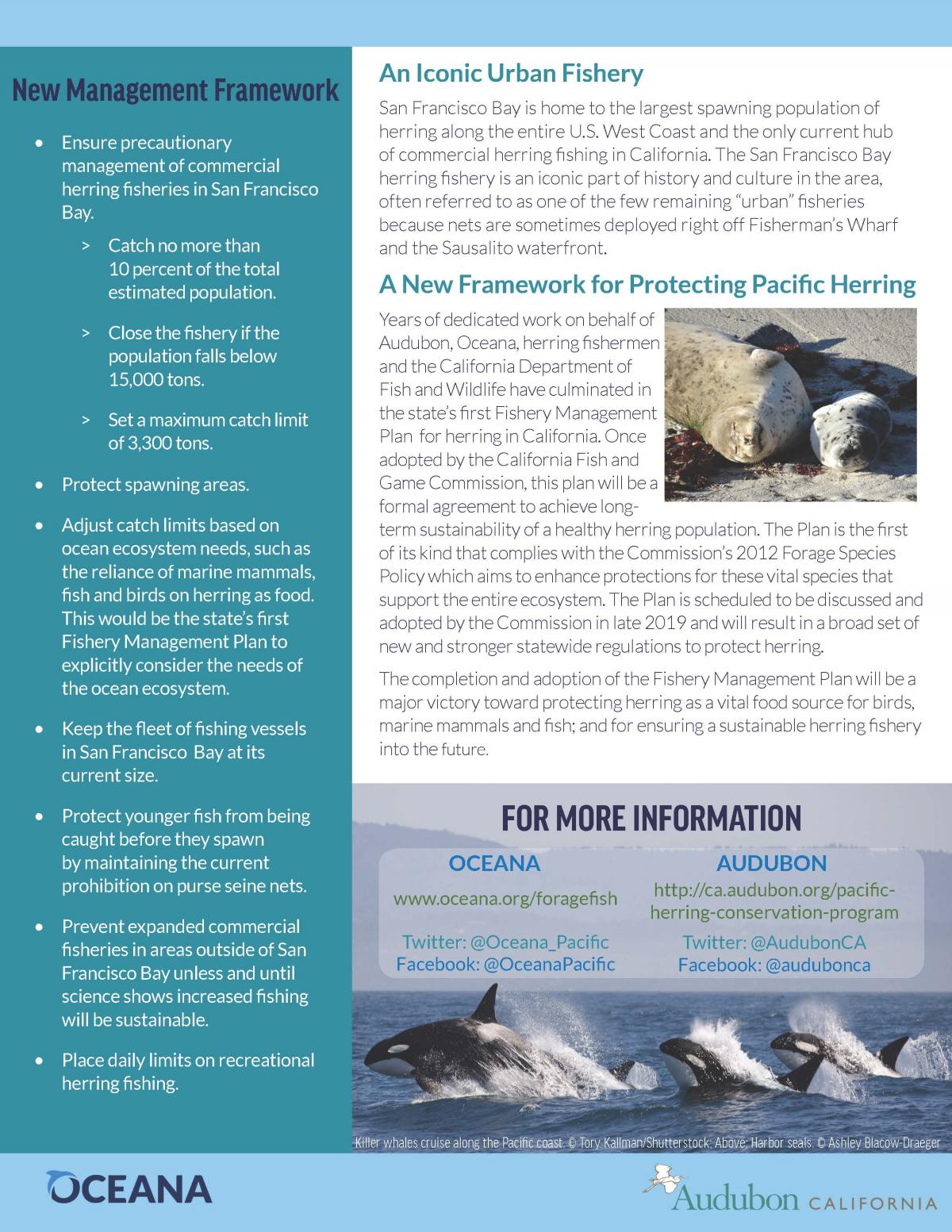 In addition, the FMP establishes a novel precautionary tier system based on the level of available information and fishery participation to guide future management of herring fishing areas inside and outside San Francisco Bay. Under this system, the FMP: