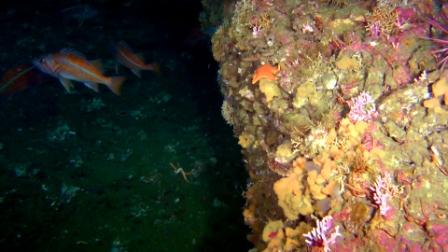 Rocky reefs are underwater structures that resemble the coastline’s sheer cliffs as they jet out to sea from land. The underwater reefs are often covered in corals, sponges, and other habitat-forming invertebrates. The rock formations create crevices and caves that offer shelter for commercially important groundfish species as well as an array of other non-commercial marine life like octopuses, sea urchins, and star fish. 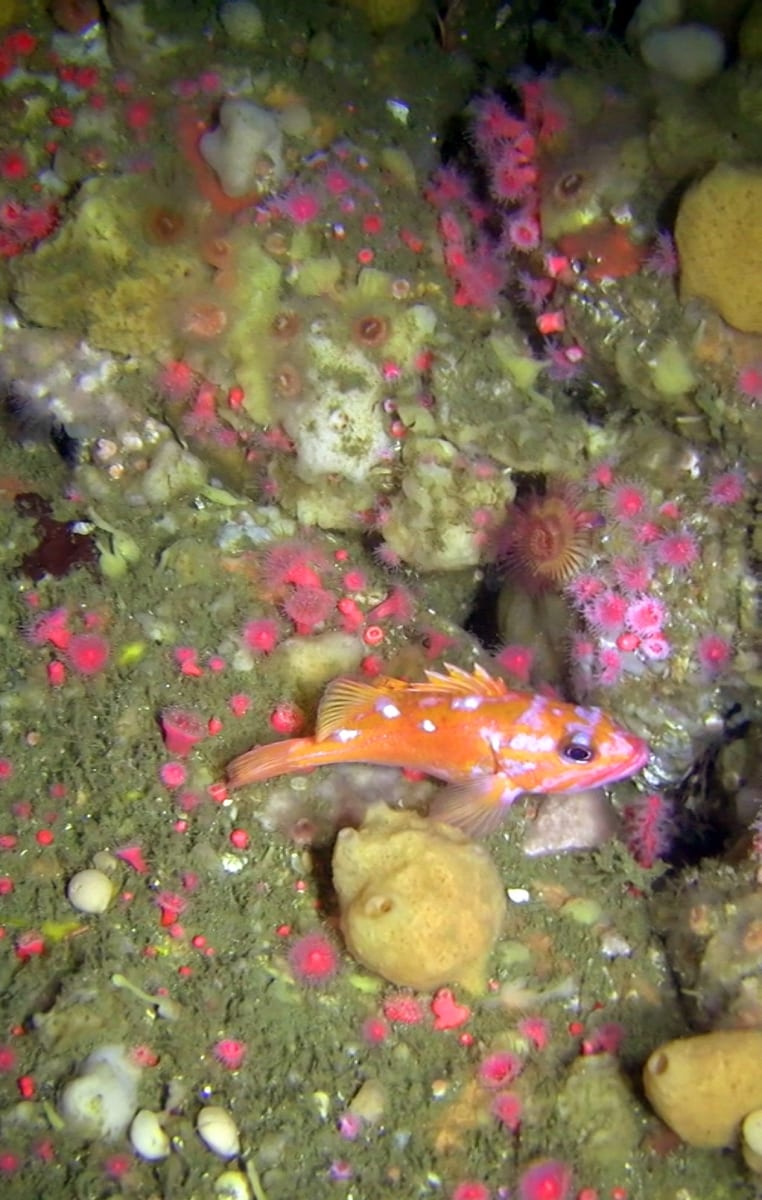 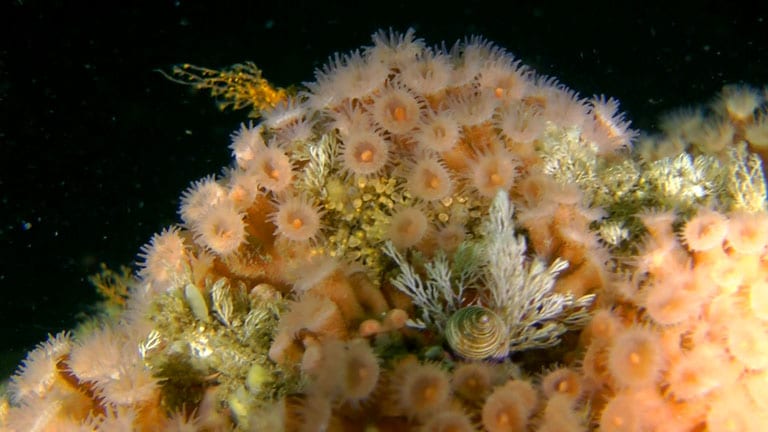 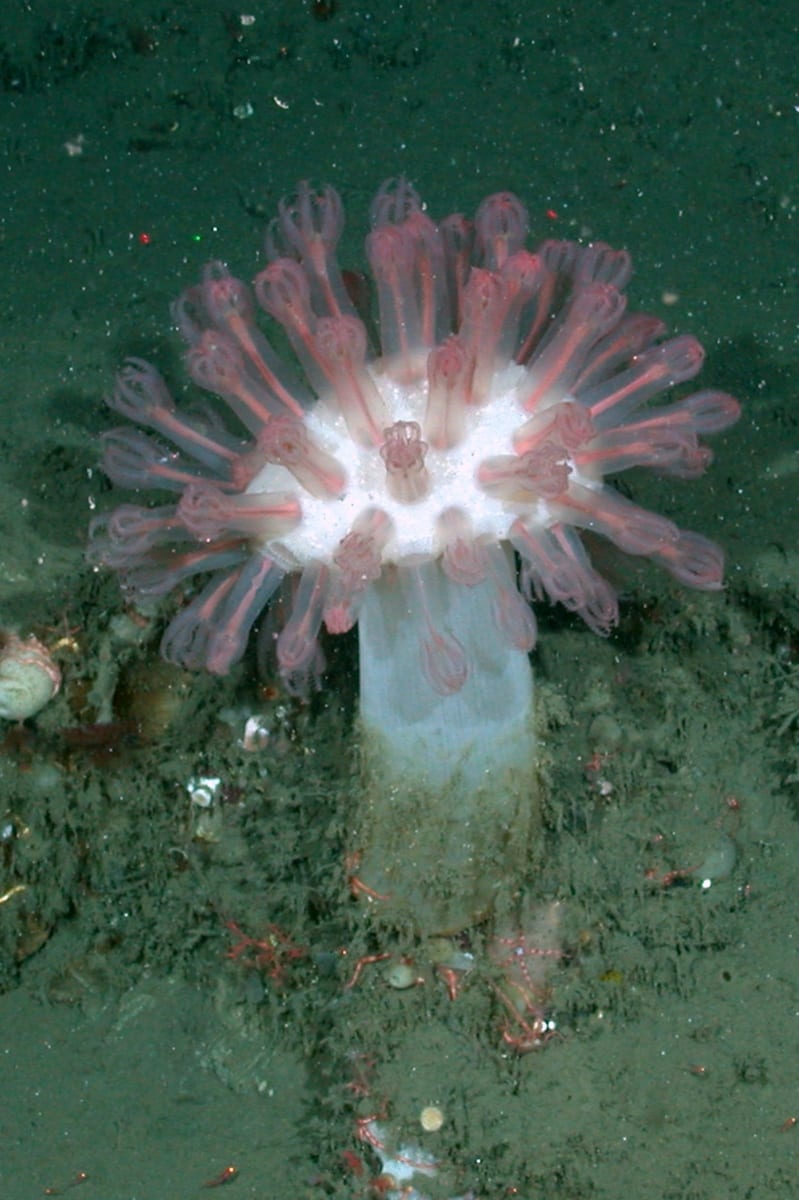 Submarine canyons are underwater features characterized by steep, narrow walls, like an underwater valley. These canyons have enhanced productivity due to upwelling, the upward movement of deep, colder water that brings nutrients closer to the ocean’s surface. Submarine canyons provide habitat for larger sized rockfish that seem to prefer structures of high relief such as boulders, vertical walls, and ridges. The cover and protection offered by submarine canyons allow pockets of rockfish populations to flourish, in contrast to more exposed areas where the populations are more easily fished. 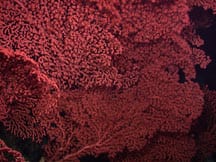 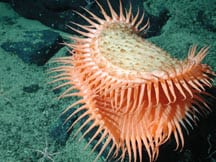 A seamount is an area of volcanic origin rising over 1,000 meters above the surrounding seafloor. Davidson Seamount for example is one of the largest known seamounts in U.S. waters measuring 23 nautical miles long and 7 nautical miles wide. Located off the coast of Central California, Davidson Seamount is 7,480 feet tall, yet its summit is still 4,101 feet below the sea surface.1 The highest mountain on Earth, Hawaii’s Mauna Kea, is actually a seamount. This dormant volcano is more than 30,000 feet tall when measured from its base on the seafloor 18,000 feet beneath the ocean’s surface.2 Deep-sea corals that thrive on and around seamounts host more than 1,300 different species of animals; some are unique to seamounts themselves.3