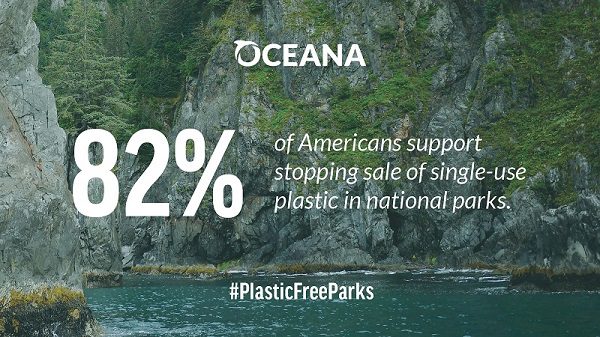 The poll, conducted by the nonpartisan polling company Ipsos, surveyed 1,005 American adults from across the U.S. between Nov. 5 and 9, 2021, and found broad bipartisan support for the elimination of the sale and distribution of single-use plastic in national parks.