Sights on CITES: Dispatches from Doha 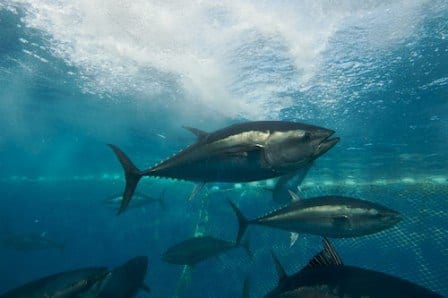 A team from Oceana is attending the conference of the Convention on International Trade in Endangered Species of Wild Fauna and Flora (CITES) in Doha, Qatar from March 13-25, 2010.

The team is working to gain protections for bluefin tuna, red and pink corals and eight shark species.

2. Getting Started: Max Bello from Oceana Chile talks about his plans for the conference.

3. An Insider’s Tour: Oceana shark scientist Rebecca Greenberg shows us the lay of the land.

5. Bad News for Bluefin: The proposed trade ban on bluefin tuna is defeated, to the consternation of marine conservationists everywhere.

6. Coral Fail: CITES fails to protect red and pink corals under Appendix II, as promised at the last CITES meeting.

8. Shark Showdown: Elizabeth and Rebecca reflect on CITES’ failure to protect 7 out of 8 proposed sharks under Appendix II, with the porbeagle shark being the one bright spot.

9. The Bitter End: With the last-minute reversal of the porbeagle conservation measure, CITES proves to be a total flop.